Unlock Truth for Your Kids with a Reformation Key

When John Calvin settled into the work of Reformation in Geneva in the fall of 1536, it wasn’t because he was impressed with the state of affairs he found. In fact, Guillaume Farel had to threaten him with divine judgment on his studies if he should abandon the work Farel was certain God had placed on Calvin. But that’s another story.

Commenting on the state of affairs in Geneva, Calvin recalls:

When I first came to this church, there was next to nothing. There was preaching, but that was all. Images were hunted and burned, but there was no reform. Everything was in tumult.

He wasn’t exaggerating by much. When Geneva declared for Reformation a few months earlier, nearly the entirety of its clergy (between 5 and 10 percent of the city’s population) cleared out, leaving little in the way of an organized church.

Calvin and Farel had their work cut out for them.

You can find out the rest of the story and read about the importance of catechesis in the rest of my article at The Gospel Coalition.

Why Is It Harder For Younger Generations to Commit to the Church? (TGC Video)

A few months ago, I was asked to film a couple of videos with The Gospel Coalition on working with young adults. In this one, I try to answer the question, “Why Is It Harder for Younger Generations to Commit to the Church?” I also try to seem not-awkward when talking direct to camera. Not sure how successful that was. Anyways, here’s the video. 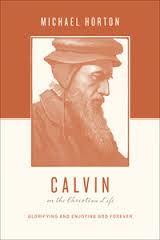 In the history of the church, particularly its Western Protestant wing, few theological lights shine brighter than John Calvin’s. The Reformer par excellence, he stands out for his theological acumen, systematic comprehensiveness, and care as a biblical exegete. Beyond Calvin the theologian and biblical scholar, though, there was Calvin the pastor—the man passionately concerned that all of human life be lived before God (coram Deo) and in light of the gospel. Though it’s often presented this way in history textbooks, the Reformation wasn’t simply an academic theological debate about justification and the thoughts we think on a Sunday morning, but rather a total restructuring of Christian life and practice. It was about, as James K.A. Smith puts it, the “sanctification of ordinary life.” For that reason Calvin was concerned not only with teaching doctrine, but also with the life of piety flowing from that doctrine.

This is the Calvin that theologian and Westminster Seminary (California) professor Michael Horton introduces us to in his new volume on Calvin and the Christian Life. With an engaging blend of biography, theology, and commentary, and with copious reference to Calvin’s Institutes, commentaries, tracts, and key secondary literature, Horton takes us on a whirlwind tour through the Reformer’s thought as a whole.

Please read my review over at The Gospel Coalition and PICK UP THIS BOOK!!!

I recently ran across a couple of different writers raising questions about the value of affirming inerrancy or infallibility for the Bible, both of which hinged on the link between the text and interpretation. One wondered aloud at the coherence of claiming an infallible text when you’re a finite sinner, whose faculties are limited, likely disordered by sin and self-will, and whose interpretations must therefore be flawed. The other, a little more boldly, claimed the doctrine unnecessary, only serving human arrogance by lending added weight to the claimant’s own fallible pronouncements.

While both objections are quite understandable, and the first quite reasonable, they share a common failure to distinguish between theological claims being made about the Bible itself, and those for our interpretation of the Bible. In other words, it’s the difference between inspiration and illumination, and their relationship to the text.

I clarify these relationships and give two reasons why an infallible text matters despite our errant interpretations here at the The Gospel Coalition.

How Much Theology Should Couples Agree on Before They Get Married? (TGC) 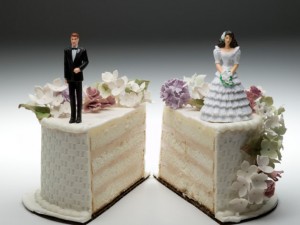 I’ll admit, this isn’t a typical question most Christian singles, or even couples, are asking. Most are still stuck on, “Wait, I’m supposed to date Christians?” That said, once you’ve established the importance of marrying someone who will be your partner in the faith and has the mutual goal of encouraging you in your relationship with Christ, you may start to wonder, “Well, does it really matter what kind of Christian they are? How will our theology affect the way we point each other to Christ? I mean, does it affect things if I’m a Protestant and he’s a Catholic? Or what if we have different views on the end times? What about speaking in tongues? Can I date someone who ‘quenches the Spirit’ and thinks I worship with ‘strange fire’?”
As I’ve thought about the issue while talking with friends, considering my own marriage, and searching through the Scriptures, I’ve concluded there isn’t any quick, easy answer. Instead, I want to simply put forward three questions, and a couple of caveats, to help singles and couples navigate the dating and marriage decision.
You can read the rest of the article at The Gospel Coalition.
Soli Deo Gloria
Standard

“The Myth of Magic Neutral Time” is the sort of goofy phrase you come up with in college ministry to make basic concepts of spiritual life stick for your students. Sometimes you can’t just come out and say stuff–it’s like you have to trick the truth into them.

In any case, this particular neologism struck me in a conversation with my friend Katie. We were discussing the frustrating phenomena of future college freshmen who plan on ‘taking a break’ from their faith to just go off and ‘have a little fun for a while.’ Now, this is idiotic for several reasons. But to see why, let’s first explain the myth of Neutral Time.

The Myth of Neutral Time – I always tell my students that they need to be aware of the myths, the stories, that they tell themselves about reality because the story you think you’re in determines the character you become. Neutral time is a particularly popular story. It goes something like this:

“I’ve been a good kid in high school. I’ve done my homework, been to Bible study, and didn’t screw around too much or anything. Now though, now I really want to go out and enjoy myself a bit. The ‘college experience’ is calling and I can’t be expected to go to college and not let loose a little bit. I mean, I really love Jesus and my faith will always be a big part of my life, but you know, I’ll just go off for a bit, maybe a semester or two, have my fun, and then be back around. You’ll see.”

There are number of assumptions underlying this story, but the main one seems to be that faith is this unchanging, timeless, perennial thing. Your walk with Jesus is something you can just leave alone for a while, and then, once you’ve done your own thing for a bit, you can just pick up again. No big deal. Calling ‘neutral time’ is like calling time-out so you can go the restroom or take a break in the middle of the game—when you come back the score, time, and possession is just like where you left of last.

You can read about the foolishness of this approach by clicking on The Gospel Coalition.

Death By Living by N.D. Wilson (The Gospel Coalition Review)

The first thing I’ll note about Death By Living, N.D. Wilson’s follow-up to his celebrated Notes From the Tilt a Whirl, is that I couldn’t give you a book report if I tried. Much like Notes, Wilson’s direct, yet roundabout, tilt-a-whirling style puckishly mocks the straight-laced summary-reviewer for even thinking to attempt the mighty feat.

For return readers looking for quick comparison between Notes and Death, I’d say that if the last one changed the way I thought, this one might change the way I live. Notes invites you to embrace God as the sovereign, beyond imagining Author of the ridiculously unexpected universe in which we find ourselves. Death challenges you to live as a character, or rather, sub-writer of enfleshed, breathing words. Big ones. Interesting ones. Once again, you’ll find yourself in a well-shaken cocktail of poetic memoir, philosophy, theology, sharp wit, polemical fisticuffs, hilarity, and exhortation, in the form of a paean to the grace of a life well-lived in the shadow eternity. For the newcomer, you may want to strap in first.

“Death by Living, life is meant to be spent. ” That’s Wilson’s thesis and philosophy of family life (xi); scuffed knees are apparently as much an evidence of life as a pulse in the Wilson household. In many ways it’s a quirky entry into the venerable devotio moderna genre, along with A Kempis’ De Imitatione Christi; only in this one, we’re encouraged to follow our Covenant Head, take up our swords, fight the dragon, and live hard until it kills us like Jesus, the Image of humanity done right (62, 79). That might involve a little dirt. Don’t worry though, resurrection should take the stains right out.

As the book defies summary, being somewhat unruly and misbehaved, I’m simply going to highlight a couple of content points, and make one note on style for pastors.

You can read the rest of the review over at The Gospel Coalition.