Interpreting the Text to Death with Kierkegaard 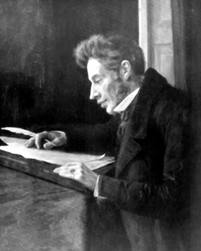 It is a truism today to say that the Bible needs to be interpreted. In fact, it was a truism back when the Bible was being written that it’s not simply a matter of just “reading” the thing all the time. Even the Bible says that it’s hard to understand (2 Pet. 3:16). Or, as the Westminster Confession comments:

All things in Scripture are not alike plain in themselves, nor alike clear unto all: yet those things which are necessary to be known, believed, and observed for salvation are so clearly propounded, and opened in some place of Scripture or other, that not only the learned, but the unlearned, in a due use of the ordinary means, may attain unto a sufficient understanding of them. (2.7)

We’ve known for a long time then that even though the basics are clearly laid out, there are at least some parts that are not at all obvious or plain. For thousands of years now, Christians have wrestled with, commented on, and interpreted the text of the Bible. This is part of why we have seminaries with classes in hermeneutics, study of the original languages and ancient cultures that form the setting and background of the text, dictionaries, commentaries that are thousands of pages long, and journals where scholars devote dozens of pages to analyzing the nuances of a single word in the context of a single verse. Without a doubt, our knowledge of the text has expanded and been deepened by the faithful work of scholars and interpreters over the last few generations and this is a good thing.

The people of God need preachers who will roll up their sleeves and carry on the task of discerning what the Lord has spoken and is even now speaking in the text. Poor interpretation is at the root of so much bad preaching and teaching in the church, which leads to bad living by the church.

Of course, under-interpretation, simplistic readings, and a lack of textual nuance aren’t the only danger we run when it comes to interpretive task. Indeed, Kierkegaard tells a cautionary parable about the danger that can come with an unbridled focus on interpretation:

Imagine a country. A royal command is issued to all the office-bearers and subjects, in short, to the whole population. A remarkable change comes over them all: they all become interpreters, the office-bearers become authors, every blessed day there comes out an interpretation more learned than the last, more acute, more elegant, more profound, more ingenious, more wonderful, more charming, and more wonderfully charming. Criticism which out to survey the whole can hardly attain survey of this prodigious literature, indeed criticism itself has become a literature so prolix that it is impossible to attain a survey of the criticism. Everything became interpretation—but no one read the royal command with a view to acting in accordance with it. And it was not only that everything became interpretation, but at the same time the point of view for determining what seriousness is was altered, and to be busy about interpretation became real seriousness. Suppose that this king was not a human king—for thought a human king would understand well enough that they were making a fool of him by giving the affair this turn, yet as a human king he is dependent, especially when he encounters the united front of office-bearers and subjects and so would be compelled to put the best face on a bad game, to let it seem as if all this were a matter of course, so that they most elegant interpreter would be rewarded by elevation to the peerage, the most acute would be knighted, etc.—Suppose that this kind was almighty, one therefore who is not put to embarrassment though all the office-bearers and all the subjects play him false. What do you supposed this almighty king would think about such a thing? Surely he would say, “ The fact that they do not comply with my commandment, even that I might forgive; moreover, if they united in a petition that I might have patience with them, or perhaps relieve them entirely of this commandment which seemed to them too hard—that I could forgive them. But this I cannot forgive, that they entirely alter the point of view for determining what seriousness is.” –For Self-Examination, pp. 58-59

With this little parable Kierkegaard throws up a large, flashing, red warning sign for those of us enamored with the endless study of the text. The danger comes when interpretation becomes an excuse for disobedience. Kevin Vanhoozer has pointed out that the proper interpretation of the text of Scripture requires performance. Ingenious readings are not the point—hearing and rendering a fitting response to the voice of God is. When the task of interpretation eclipses our actual response to God speaking to us out of the silence, calling us to repentance, commanding us in righteousness, convicting us of sin, consoling us in pain, and drawing us to communion with Himself, things have gone awry. At that point you have sentenced the text to a slow and agonizing death by commentary.

Obviously, this isn’t an anti-intellectual call to “just read the Bible” without trying to engage at that deeper level. Study the Bible. Wrestle with it. Don’t be satisfied with simplistic readings of difficult passages. Go read big books on the subject. At the end of the day, though, we must never forget that when the “Word of the Lord” came to the prophets it didn’t come as a word to be inspected, dissected, and thereby domesticated, but as the mighty command of the King who intends for his subjects to hear and obey his voice. We study in order to hear–we interpret in order to obey.

2 thoughts on “Interpreting the Text to Death with Kierkegaard”