He will render to each one according to his works: to those who by patience in well-doing seek for glory and honor and immortality, he will give eternal life; but for those who are self-seeking and do not obey the truth, but obey unrighteousness, there will be wrath and fury.  There will be tribulation and distress for every human being who does evil, the Jew first and also the Greek, but glory and honor and peace for everyone who does good, the Jew first and also the Greek. For God shows no partiality. (Romans 2:6-11)

For I am not aware of anything against myself, but I am not thereby acquitted. It is the Lord who judges me.  Therefore do not pronounce judgment before the time, before the Lord comes, who will bring to light the things now hidden in darkness and will disclose the purposes of the heart. Then each one will receive his commendation from God. (1 Corinthians 4:4-5)

These texts and a few others like them (James 2:14-16, 2 Cor. 5:10) seem pretty problematic for the Protestant defender of justification by faith. Many of us who are raised hearing the message of justification in Christ being received as a gift of grace by faith alone–good news that I wholeheartedly affirm–often stumble when we run across these verses that seem to link our justification to our good works in some way.

Various options have been presented, with one of the most popular suggestions being that texts like Romans 2 are only talking about a hypothetical judgment on the basis of works that nobody attains. Sort of setting up works in order to knock it down with faith kind of thing. While this is a broad and complex subject, I wanted to just briefly outline and quote an alternative proposal by G.K. Beale and others that I’ve found quite helpful. 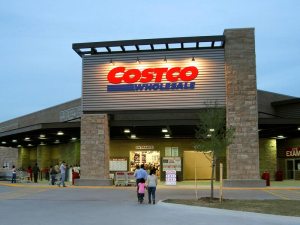 Pointing in a couple of directions, Beale, Richard Gaffin, and a few others talk about a two-stage or double-justification of the believer. Drawing on the already/not yet dimension of New Testament theology, they say there is a sense and dimension of our justification which is already fully accomplished. And yet, there are texts that point us to the idea that some part of our judgment and justification still awaits and that the Spirit-inspired works that we engage in through union with Christ will play a part of that.

Drawing on Jonathan Edwards, Beale talks about this as the difference ‘Initial’ justification and also of ‘manifestive’ justification. The first is received by union with Christ through faith in the final work of Christ in his life, penal death, and justifying resurrection. Christ’s work is the “basis”, the cause, the foundation for our justification and nothing else. That said, the next stage of ‘manifestive’ justification–demonstrating before the world that a believer truly has been united to Christ–is “in accordance with” our works, or lines up with the fact of our Spirit-wrought obedience.

If you’re confused, Beale has a helpful section and analogy spelling it out. And really, this example is the whole point of my post:

How can believers be said to “judged by works” and yet be justified by faith? There is much more to be said that can be elaborated on here about the believer’s righteous works in connection to this consummate, manifestive stage of justification, and the following is just the beginning of an answer to that question. An illustration must suffice for now to summarize my own view of this connection. In the United States there are large discount food stores that require people to pay an annual fee to have the privilege of buying food there. Once this fee is paid, the member must present a card as evidence of having paid the fee; only then is entrance to the store allowed. The card is necessary to get into the store, but it is not the ultimate reason that the person is granted access. The paid fee is the ultimate reason for the entrance, and the card is the evidence that the fee has been paid. We may refer to the fee paid as the necessary causal condition of entrance into the store and the evidence-testifying card as the necessary condition (but not the necessary causal condition). The card is the external manifestation or proof that the prior price was paid, so that both the money paid and the card are necessary for admittance, but they do not have the same conditional force for allowing entrance…

Likewise, Christ’s justifying penal death (together with his imputed obedient life through identification with his vindicating resurrection) is the price paid “once for all” (Heb. 9:12; cf. 26-28), and the good works done within the context of Christian faith become the inevitable evidence of such faith at the final judicial evaluation. –G.K. Beale, “Resurrection in the Already-And-Not-Yet Phases of Justification”, in For the Glory of God’s Name:Essays in Honor of John Piper, eds. Sam Storms and Justin Taylor, pp. 204-25

In other words, Jesus pays the price connected with our initial and ultimate justification. Our Spirit-wrought works are the Costco card we will inevitably have in our hand as our manifestive justification, proving, or giving evidence that we have indeed accepted Christ’s sacrifice on our behalf and have been united with him. Beale’s whole article is worth reading in the way he spells out the importance of the resurrection of the body and works for the public vindication of believers.

I think a reading like this actually makes quite good sense. It secures the essential, unique, fundamental work of Jesus Christ for us, outside of us that we gain access to only through trusting faith. It also makes sense of the sorts of texts in Romans 2 and in the Corinthian letters that speak of the necessity of works for our final justification, without resorting to writing them off as hypotheticals. By faith we are united to Christ, justified by our gracious God, and filled with the Holy Spirit who enables us to do works which manifest that faith.

For more on this, I suggest Beale’s big book on NT theology, or, shorter and more quickly at hand, Richard Gaffin has a helpful related article on justification by faith with works in Calvin over at Reformation21.

A few months ago I review Joshua Ryan Butler’s new book The Skeletons in God’s Closet. You can read that here.

Well, we decided to have him on an episode of Mere Fidelity to have a chat. That episode is here.

And yes, for those of you who were wondering, this podcast is still a thing. We just needed a new sound editor.