Everybody Wants to be Christocentric, But What Does that Even Mean? 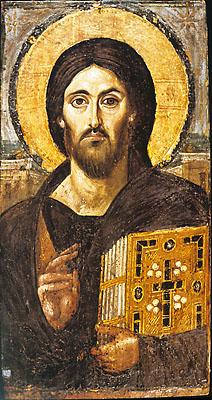 “Our theology ought to be truly Christocentric.”

I can’t tell you how often I’ve heard that phrase used, nodded along, and then had to stop and ask myself, “Okay, but what does that even mean?”

Apparently I’m not the only one.

In a short article entitled “A Note on ‘Christocentrism’ and the Imprudent Use of Such Terminology” [WTJ 68 (2006): 253-60], Richard A. Muller registers a number of prudent protests about the contemporary discussions about whether certain kinds of Reformed theology are “truly christocentric” enough. Mostly this has to do with in-house conversations that started in the 20th century about whether there was a major difference between Calvin’s “Christocentric” theology and that of later theologians like Beza and the Post-Reformation Orthodox who followed. Calvin was supposed to be a good, pre-Barthian Christocentric theologian, while the rest of the tradition unfortunately took a wrong turn and based all their theology around God’s predestinarian decree, making things lopsided and decidedly un-Christocentric.

Without getting into all the details of Muller’s article and the Reformational historiography (which has largely put the aforementioned myth to bed), one the main benefits of Muller’s discussion is calling attention to the rhetorical gamesmanship that gets played when people throw the term around as a trump card: “Well, I’m just being Christocentric in my theology.” As if anyone doesn’t want to be “Christocentric”? Indeed, if you cruised through history and asked any major theological figure, especially in the Reformed tradition, “Are you trying to be Christocentric or centered on something else?”, I’ll give you to ten to one that all of them will answer, “Of course, I’m Christocentric. Jesus is everything to me.”

What’s even more helpful, though, is the attention he calls to the equivocation and confusion around the term that muddles things. “Given that such diverse figures as Irenaeus, Bonaventure, Duns Scotus, John Calvin, Theodore Beza, Jerome Zanchi, Jacob Arminius, Friedrich Schleiermacher, Ι. Α. Dorner, Gottfried Thomasius, E. V Gerhart, Henry B. Smith, William Adams Brown, and Karl Barth have been described as christocentric thinkers, some distinction is most surely necessary” (254).

And so, in order to clear the ground for a more helpful use of the term, Muller gives a taxonomy or typology of at least three kinds of christocentrism that scholars could be using to describe a theologian.

First, there’s what he calls “soteriological” christocentrism. Basically, on this view, a theologian or theology is Christocentric if it confesses that Jesus Christ is central to the process and work of salvation. At this point, unless you’re essentially a Pelagian, a radical liberal, or something on that order, most traditional, Christian theology qualifies as Christocentric at this foundational level.

Second, he says there is a kind of which places a “systematizing emphasis on the Adam-Christ typology and the priority of Christ over Adam.” He calls this “prototypical” christocentrism in that there is importance given beyond Christ as savior, to Christ as a logically and theologically prior to Adam in the plan of God for history. You can find this in the “incarnation-anyways” line of theology, or in the theology of Irenaeus or Scotus and Fransiscan order.

Third, he dubs “principial” christocentrism in that it makes Christ the “principle” of theology, building on the last two “still more speculatively, that the Christ-idea must be used as the interpretive key to understanding and elucidating all doctrinal topics.” Forms of this can be spotted in the liberal tradition from Schleiermacher onwards, which makes the Christ event a central, often corrective, interpretive grid over Scripture, and the rest of theology. In some cases, Christ is the only revelation. Barth, in a different way, is a chief representative of this type, though he has been (fairly or not) accused of more than christocentrism, but rather, christomonism (on which, I have little bit here).

Given these varieties of “christocentrisms”, it does seem wise to have some handy terms like this and be clear about what we mean when we use them. Especially since Muller notes that it is largely this last, historically-novel form that has been assumed in various discussions, and then used as the standard by which previous theologies have been judged, instead of taken on their own terms.

One more point that ought to be brought out is the way the issue of Scriptural interpretation plays a role in all of this. Muller brings out the various “christocentrisms” with respect to the structure of theological systems. And that’s good, but this also bleeds out into the issue of have a christocentric or “Christ-centered” hermeneutic. In other words, what do we mean when we say we read all of Scripture in light of Christ? How do these three types of christocentrism match up (if at all) with different approaches to typology and so forth? Can you only be christocentric in the first sense and still affirm a “Christ-centered” reading of Scripture, or do you have to buy into the second and third kinds as well?

Are we talking about seeing Christ as the fulfillment of all the prior history of revelation in a way that still acknowledges it as true revelation? Or about all prior revelation as somehow pointing to Christ and therefore legitimately read as testimony to Christ? Do we see all of Scripture pointing to Christ, then, because the eternal Son, through the Spirit, by the will of the Father is actually the active agent of revelation throughout all of redemptive history?

Or are we talking about Christ as a corrective revelation that sort of overlays prior revelation in a way that is disjunctive and discounts earlier portions as lesser, false, and in many ways misguided? Is the event of Christ, then, the only truly true revelation? In other words, we’re back the issue of the Jesus-Lens or the Jesus-Tea-Strainer and the theological presuppositions that go along with them.

Not that we’ve solved anything here, but I don’t think there’s enough clear thinking around this in popular writing on the issue.