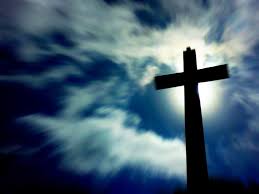 Derek Vreeland just wrote a follow-up to my response to his original blog-post. I’ve you’re interested, you can read those posts first. I appreciate the friendly conversation, but I do think Vreeland has mischaracterized my position, so I wanted to offer a little rejoinder on this important point. I’ll just quote the relevant section and then respond.

(I will just add that I am not for a moment claiming that the penal or retributive aspect of atonement is the only one at work. I gladly affirm the various historical motivations, Christus Victor aspects, and so forth. I do simply want to clarify things on this point.)

Here’s Vreeland explaining my position and offering an alternative:

In his amiable response to me, Reformed thinker Derek Rishmawy argues that “It is entirely possible to love someone and be angry with them. And not just in a petty way, but precisely out of love it is possible to absolutely be furious with someone’s self-destructive choices which hurt themselves and others.”[1] I agree it is possible for human beings to love and be angry simultaneously, but it would be morally reprehensible to say that I both love someone and react to that person with “judicial retributive anger” particularly if that anger took on the form of retributive violence.

Here I see no actual argument for the proposition that it is “morally reprehensible” for a person to both love someone and yet exact “judicially retributive anger”, just an assertion. This is problematic not only as an argument, but also because its an assertion that runs contrary to Scripture, which constantly depicts YHWH as both loving Israel and yet executing his retributive and just anger against it.

There are literally dozens of chapters in the Prophets–the very same ones where God proclaims his love for Israel–in which he says he will pour out his wrath, judgment, and anger on Israel for her gross sins. Off the top of my head, Ezekiel 7.  The coming exile is described precisely as the execution of wrath, judgment, anger in accordance with the wicked ways of Israel–the Israel God loves! In which case, we have to write off Ezekiel as a prophet for having a morally reprehensible conception of God. Probably Isaiah, Jeremiah, Hosea as well.

Rishmawy further claims I create a false binary when I argue God is always extending a yes to humanity and never a no. Rishmawy contends that God’s disposition is indeed yes towards us but no towards our sin—an important nuanced description that I did not find in J.I. Packer’s logic of PSA. So in Rishmawy’s view, the death of Jesus was necessary in that God has a “moral need for satisfaction.” In other words, someone has to pay the price in order for God to be able to forgive. This view, which is standard in Western (Roman Catholic/Protestant) theology, makes God accountable to something other than himself, a nebulous force which Eastern Orthodox theologian Alexandre Kalomiros called a “gloomy and implacable Necessity.”[2]

There are at least two confusions here. First, I don’t exactly say that “someone has to pay the price in order for God to be able to forgive.” Rather, I have argued that God pays the price in Christ precisely as the means of forgiveness. God doesn’t forgive as we do precisely because God is in a different position from us as the Creator, King, Judge, and ruler of all the world. And so, we might expect his forgiveness to look a bit different than ours.

Second, nobody’s talking about a “gloomy and implacable” necessity, and certainly not anything outside of Godself. To speak of God’s “moral necessity” is simply another way of speaking to God’s faithfulness to his own perfect goodness. God is not “bound by the chains of his own justice.”

Let’s put it another way. It is not a deficiency or lack of freedom that Paul is charging God with when he says “God cannot deny himself” (2 Timothy 3:13). God’s inability to lie is the free expression of his essential nature as truthful in all of his ways. God is absolutely free to act in accordance with his fundamental nature as faithful and true. Similarly, to speak of God’s moral necessity to punish sin–to address injustice, to redress grievance, to name sin what it is through judgment–is not to speak of a lack of freedom, or a compulsion to some impersonal necessity outside of himself, but rather to name an expression of his freedom to be fully himself, just in all his ways.

One point that Vreeland fails to note (that I emphasized in my post) is precisely the point that God is not just any person. God is the Creator of the universe which sets him in a unique relationship of King, Judge, and moral guarantor of the order of justice within it. And he has committed himself and covenanted to treat righteousness and sin in certain ways within it. God has given himself responsibilities in that regard. In which case, God is bound by his own word, as it were. And a God who can just break his word whenever he wants isn’t a trustworthy God.

God is not compelled by anything other than love. As seen throughout the earthly ministry of Jesus, God can forgive sins at any time. As the living Word of God, Jesus regularly forgave sins without the need for retributive justice. The issue was not ‘who has paid the demands of justice’ but rather ‘who has the authority to forgive?’ Jesus—as God in human form—had the authority to forgive, and He did (see Mark 2:5-12). While it may be possible for human beings to express both love for a person and retributive anger, it is not possible for God because God is not a mixture of pure love and “holy” wrath. The requirement for retributive justice isn’t a part of God’s nature.

The question here, of course, is what notion of love we’re speaking of. If we get our notion of love from what God has revealed of himself on the basis of who he has shown himself to be and what he has said in history, then that is a love which is apparently not contrary to justice, including retributive justice. Of course he is not a “mixture” of love and holy wrath. But again, nobody is claiming that and I remember specifically rejecting such an utterly silly, caricatured formulation. I say that God is perfectly simple, in which case all of God’s attributes are mutually defining. God’s love is holy, his faithfulness is just, his power is wise, and so on and so forth. What that does mean is that we can’t lift one attribute out of the context of the revelation of all of God’s other attributes, bend it out of shape, and then make it defining in such a way that it perverts the shape of all the rest.

Indeed, when God gives the meaning of his name on Mt. Sinai after the Golden Calf incident, he declares himself to be “a God merciful and gracious, slow to anger, and abounding in steadfast love and faithfulness,  keeping steadfast love for thousands, forgiving iniquity and transgression and sin, but who will by no means clear the guilty, visiting the iniquity of the fathers on the children and the children’s children, to the third and the fourth generation.” (Exod. 34:6-7) I mean, he puts retributive justice alongside mercy and forgiveness right at the center of his self-description at one of the most defining moments in Israel’s history. This is a tension, yes, but one that is enacted and clarified historically on the cross. One of the glories of penal substitution (and satisfaction) theories is precisely that they affirm both forgiveness, mercy, AND satisfaction of retributive justice, recognizing both sides. Vreeland’s false binary forces us to choose.

As for Jesus’ ability to forgive sins, I totally agree he has that. But if I had time, I would argue he enacts that on the basis of his own future sacrifice, just as God’s forgiveness of Israel’s sins through the Temple system was all pointing to and dependent on Christ’s once and for all sacrifice on the Cross. In that sense, the efficacy of Christ’s work is trans-temporal. (This is one of those places where having a metaphysically-built-out conception of God helps you think through your soteriology).

Otherwise, you have to see that Vreeland’s argument–just like the Socinians who originally made it–is essentially a radically and crassly voluntaristic conception of God’s justice. When you unchain it from his nature and you just make it an prerogative he has, God can sort of judge retributively or not, based on his mood. Some sins he punishes, others he doesn’t.  Again, this makes God inconsistent and undependable.

Instead, on something like a satisfaction or penal substitution view, whenever we see God not judging or restraining punishment, we can see as a wise exercise of his patience or forbearance towards someone even though all sin will one day be dealt with (Romans 2:4; 3:25; 2 Peter 3:8-10). All sins are punished and even still, mercy and grace are extended towards repentant sinners.

I’ll just wrap it up and point out a few last things.

First, I really don’t see that Vreeland has properly disentangled the notion of judgment flowing from love from the notions of punishment or retribution.

Nor have I seen him explain why retribution–God treating sin as it deserves, in accordance with the truth of what it is–is a bad thing. Scripture affirms all over the place that God will indeed “render to each one according to his works: to those who by patience in well-doing seek for glory and honor and immortality, he will give eternal life; but for those who are self-seeking and do not obey the truth, but obey unrighteousness, there will be wrath and fury.” (Rom. 2:6-8) Indeed, Jesus himself teaches this retribution in many of his parables (Matt. 25, esp. 31-45). I could list out dozens and dozens of verses, but you get the point.

Second, mercy is actually a notion conceptually dependent on retributive justice. The implication is that you deserve judgment, but God in this moment doesn’t treat you as you deserve and as God (in some way) ought to. Yes, love is the motivation of mercy. But again, on a penal substitution view, God gets to be everything he says he is in Scripture. He gets to do everything he says he will: he punishes sin while forgiving sinners and so much more.

And that’s ultimately what I’m after: a God who gets to be all of himself in all that he does–love, mercy, and even justice.

Well, I’ll wrap it up there for now.