Calvinism and the Problem of Evil (Or, Dealing with the Sparsity Objection) 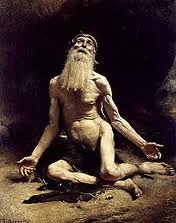 There are many of overlaps between the problem of evil in philosophy and apologetics (how could a good, all-powerful God allow such evil as we see in the world?)  and issues concerning the tensions between divine sovereignty and human effort in our theology of salvation (if God is sovereign over history, then what role does our will play in things?). How you answer the one question inevitably affects the approach you take in the other. And that’s unsurprising when we think about it.

What is God’s salvation other than a practical solution to the problem of evil as it exists in history because of human sin? The Triune God of glory has dealt with and met the evil of the world in the person and work of the Son according to the decree of the Father in the power of the Spirit.

Stepping back from the existential dimension, though, and addressing some of the more traditional formulations, there are a couple of different approaches that people take to answering the problem of evil at a philosophical level. These usually end up having a corollary in your theology of salvation.

One of the most popular responses to the problem of evil is to appeal to God’s gift of human freedom. God can be all-powerful and all-good and yet still allow human evil because he has created us with the great good of free will of the libertarian sort–the ability in every situation to do otherwise than you have done, without ultimate determination from God, the natural order, or even your own character. According this argument, that’s the sort of freedom you need for love and for truly moral actions. But the freedom to choose God, love, and the good also includes the possibility to do the opposite, and that’s what we’ve done. And so, God is good, powerful, and loving, and yet still allows evil because of his own sovereign decision to give us free will.

Now, if you take this route, most of the time you’ll end up affirming some sort of Arminianism or Wesleyan synergism in salvation, where this sort of free will is necessary also for salvation. A classic Arminian will readily grant the reality of human depravity and sin, the need for God’s prevenient grace (a grace that precedes and prepares) that spiritually awakens you, so to speak, in order for you to even respond to God and trust in his mercy and Jesus’ work on the cross. Contrary to some slurs, they are not Pelagians. But the freedom God awakens you to is the freedom to do otherwise–freedom of the libertarian sort that can still reject God’s loving invitation through the Spirit. The free-will defense or theodicy usually goes against any kind of theological determinism inconsistent with Arminian or Wesleyan views.

Typically, Calvinists and Reformed types don’t affirm that sort of libertarian freedom. Some are trying to work it out, with some very interesting approaches, but by and large, they will view freedom in a different light that is compatibilist–positing no ultimate dichotomy between God’s foreordination or human freedom. This is usually taken to be necessary for a more “robust” view of God’s regeneration and calling of us out of the bondage of the will in sin.

On this view, when God awakens your heart from its sin-dead slumber, it is not only a prevenient act of grace but an efficacious act. It not only enables you to maybe choose life, but transforms and reforms your will–not by over-riding it, but by healing and restoring it–so that you gladly, lovingly, and willingly choose it. This view of freedom views God’s choice, not as a threat to our freedom, but the only possibility of exercising true freedom–the freedom to love what we were made for. It’s not coercive, imposed from the outside, but awakening and transforming from within.

Of course, all of this is very condensed. But the key thing to see is that this view is not likely going to push you to lean on the libertarian free-will theodicy or defense. No, in fact, it’s more likely going to appeal in a very different direction to considerations regarding our knowledge of God’s purposes–epistemological concerns.

In a nutshell, most philosophers have agreed that if he had a good enough reason to, it is possible for an all-powerful and all-wise God to allow the evil in the world to exist. This is the assumption the free-will defense draws on–freewill, love, and moral choice is a good enough reason for the risk of free will.  Well, on that same assumption, some Calvinist philosophers like Stephen Wykstra and Alvin Plantinga have pointed out that there is a massive gap between our knowledge and the knowledge of an infinite God. Their point is this: if the infinitely wise God who created all things had a good enough reason for allowing all this evil, how are you so certain you would understand it?

Or, to put it another way, in order to know there isn’t a good enough reason, you’d have to know all that an infinite God would know in order to rule out the possibility. But you couldn’t possibly do that given your limited, finite knowledge of, well, everything. The scale between your understanding and God’s isn’t even that of a child to an adult, but more on the scale of an ant and a human. In other words, saying, “If I can’t see a good enough reason for evil there must not be one” doesn’t answer the question. Just because you “can’t see” a good enough reason, that doesn’t mean it’s not there.

If that’s the case, then, while we don’t necessarily have an “answer” to the problem of evil like libertarian free will, it’s not a defeater for our belief in God. Given our belief in the cross and the resurrection of Jesus Christ, we have hope in God’s good purposes in the middle of evil even if we don’t know what those are. A God good enough to live, die, and rise for sinners is trustworthy enough.

Another Problem of Evil? 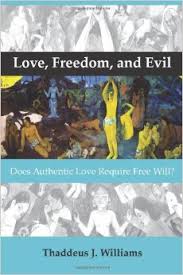 Believe it or not, all of that is just set up for what I really wanted to get to: dealing with an objection to a more Calvinistic view of God’s efficacious liberation of our will to respond to him. To do that, I’m going to quote from Thaddeus Williams’ fascinating work Love, Freedom, and Evil: Does Authentic Love Require Free Will? Now, the title of the work is a bit misleading. Williams believes love requires freedom of the will, but not of the libertarian sort. His book is an exploration of the cluster of philosophical, biblical, and theological questions surrounding love, freedom, and the problem of evil.

Towards the end of the book he takes up what he calls the “sparsity objection” to the compatibilistic view of God’s liberation of the human will I outlined above–the one Williams calls “the Heart Reforming view.” Williams quotes philosopher Jerry Walls putting the objection this way:

Arguably, the most damaging strike against compatibilism is its utter inability to explain why God has not predestined everyone to freely choose him if freedom is really compatible with determinism. In our estimation, this is the mortal blow to the compatibilist. If this question cannot be answered convincingly, then compatibilists can hardly expect their position to be taken seriously by those who firmly believe in a profoundly loving and richly relational God.

That’s a tough objection. If libertarianism isn’t necessary for love and God can liberate our wills without violating them, why doesn’t God liberate more people’s wills? Why not liberate everyone’s will and purge the evil from the world immediately? Why are God’s chosen so relatively sparse? Williams gives at least four responses, but the one that’s relevant is one that draws on the insights about the limits of human knowledge:

The insight of Plantinga…applies when approaching the Sparsity Objection. The difference is that it is no longer the atheologian arguing against God’s existence, but the libertarian theologian arguing against the existence of one particular view of God, namely, a God with the ability to bring about Heart Reformation. If we seek to justify disbelief in the existence of a Heart Reforming God on the basis of the Sparsity Objection, then we find ourselves, oddly enough, in the same plight as the atheologian. We commit ourselves to a problematic premise….:

P2: It is impossible, improbable, or less probable than some libertarian account that a God with Heart Reforming ability possesses morally sufficient reasons behind withholding a more widespread exercise of that ability.

In other words, just because you can’t see a good enough reason for God to call and liberate those that he does and not others, that doesn’t mean that he doesn’t have a good enough reason. It’s just one that you can’t see. But you’re not God. You’re not the counter-intuitive Lord of all Creation who chose to redeem the world through assuming human nature, frailty, and the weight of sin and dying on a cross in order to rise to new life. That’s not the sort of thing you would come up with on your own. So maybe, just maybe, God’s ways in salvation are going to be a bit beyond us. That doesn’t mean they’re not true, though.

I’ve only scratched the surface here, obviously. And, of course, all of this matters only if Scripture points us to the idea that God’s liberation of the human will works this way. And that is a question I simply don’t have the time to address in this already longish post, which is why I would commend Williams’ work to you, as he spends quite a bit of time addressing that question. Still, in my reading and study, time and again I have come back the fundamental importance of this insight: God is the perfect Creator and we are but fallen-though-being-redeemed-creatures.

I suppose all of this boils down to an invitation to hear the wisdom of Job:

“Therefore I have uttered what I did not understand,
things too wonderful for me, which I did not know.” (Job 42:3)

22 thoughts on “Calvinism and the Problem of Evil (Or, Dealing with the Sparsity Objection)”