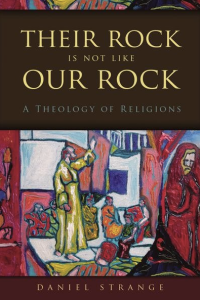 If Christianity is the ultimate truth about God and reality, what’s the status of other religions or faith systems? Do they teach truth, or are they entirely false? If there is truth in them, is it in any way saving? If God is sovereign like the Bible says he is, why does he allow other religions to exist at all? Beyond that, how should Christians engage their neighbors who espouse other faith systems? What good news does Christianity hold out to the adherents of other faiths?

Ours isn’t the first generation to ask such questions, of course, but they do press in on us with seemingly greater pressure than in times past. Globalism and immigration, the Internet, and cross-pollinating media culture have shrunk the world. The reality of other religions, then, isn’t merely of antiquarian interest or academic exoticism. Our children play with our Hindu neighbors up the street. Our favorite coworkers are Buddhist or Muslim. Visitors at church are just as likely to be studying Taoism as they are the Bible.

The church needs more than pop apologetic answers if we’re going to faithfully preach the gospel to the world that’s arriving on our doorstep. We also need more than soteriology focused on exclusivism and the fate of the unevangelized—as important as those questions are. The problem in part is that while other religious traditions have been busy articulating their own identity, evangelicals have often been caught up with other matters. As Daniel Strange puts it, Catholics have Vatican II, but evangelicals have . . . The Chronicles of Narnia? In his new book Their Rock Is Not Like Our Rock: A Theology of Religions, the lecturer in theology at London’s Oak Hill College sets out to fill the gap.

Strange aims to articulate a theology of religions for evangelicals based on Reformed theological presuppositions (such as sola scriptura) and anthropology. He happily depends on the Dutch Reformed stream of reflection flowing from Herman Bavinck, J. H. Bavinck, and the brilliant but largely forgotten Hendrik Kraemer (followed with heavy heapings of Cornelius Van Til, John Frame, and other related figures). His construction is ambitious. He aims to straddle multiple worlds—academy and church, as well as theology, biblical studies, and missiology—in order to produce a work that forwards the academic discussion while providing practical value to the pulpit and pew.

You can read the rest of my review over at The Gospel Coalition.