7 Rules for Reading and Explaining the 10 Commandments 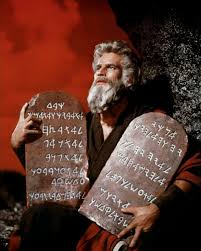 It’s odd to think that you need rules for reading rules, but according to Francis Turretin, it’s a must. It’s really just good hermeneutics. Since each type of biblical literature needs to be approached on its own terms as well as within the broader scope the story of Scripture and theology in general, it makes sense to put up some guard-rails in order to protect against distortion, perversion, and neglect. This is especially the case when it comes to the Law of God. I mean, think about Jesus’ encounters in the Gospels–what were most of his conflicts about? The interpretation and application of the Law. “Who is my neighbor?”, or “Teacher, what is the greatest commandment?” At the heart of life as a member of the people of God, is understanding what to do with the Law. This isn’t about legalism, but simply asking the question, “What does loving God look like when Jesus says, ‘If you love me, you will keep my commandments’ (John 14:15)?”

That’s probably why in his Institutes of Elenctic Theology Turretin has a topic subdivision dedicated to the subject lasting a solid 170 pages. Indeed, one of the subsections (Vol 2, Topic 11, Q. VI) is dedicated to outlining seven rules that need to be observed preachers, theologians, and teachers of the Scriptures in order to properly explain and apply the full meaning of each of the Ten Commandments.

So what are the rules for the rules?

1. Inside Out. First, we have to remember that “the law is spiritual, respecting not only the external acts of the body, but the internal motions of the mind.” In other words, mere outward obedience isn’t all that’s required. Jesus told us that adultery wasn’t only a matter of keeping your pants on, but of guarding your eyes and your heart from lust, and murder is something you can do with a word as well as a knife (Matt. 5:22-28). True obedience flows from the motives of the heart; this is the deeper righteousness than the Pharisees and the teachers of the Law could muster.

2. “Thou Shalt Not” Also Means “Thou Shalt.” Second, “in affirmative precepts, negative, and in negative, affirmative are contained.” In other words, when the Bible says, “do this” there’s an implied “don’t do that”, and vice versa. So, when the Bible commands us not to be thieves, Luther, in his catechism said that it is also commending generosity and living with an open hand. Or again, Turretin says that the command not to kill means we ought to also “cherish our neighbor’s life in every way we can”, because God “wishes his life to be dear and precious to us.” Having no other God’s but the Lord alone, also invites and enjoins us to truly worship the Lord. As my old pastor used to put it, every “thou shalt not”, has a “thou shalt” alongside it.

3. A Head For a Whole. Third, “in all the precepts synecdoche is to be acknowledged.” A synecdoche is a figure of speech where one piece of something stands for the whole. In other words, the command forbidding one sin, actually is a stand-in for the class of sins of which it is a part. This is another way of looking at the deepening of the Law we see in Jesus’ commands to look at our heart motives. Also, you begin to see that in the rest of the OT law, much of the commands about property are just an expansion of the original command not to steal, or covet. The command against adultery rules out a variety of sexual sins, and so forth.

4. More of the Same. Fourth, connected to that last is that “in the effect, the cause in the genus, the species, in the related, the correlative is included.” This is complicated at first glance, but essentially he means that anything it takes to fulfill a law is also included in the law. So, if chastity is included in your avoidance of adultery, so is your moderation in eating habits which teach you to exercise self-control overall. Or, if children are commanded to honor their parents, parents are also commanded to instruct their children with care, in the Lord, and in loving-kindness. Even more, if you’ve paid attention to any catechisms, usually the command to honor parents is seen as the foundation for respecting the authority of magistrates, judges, and so forth. The same principle underlies both.

5. First Things First. Fifth, “the precepts of the first table take preference over those of the second.” Most Reformed divide the 10 Commandments into two tables, counting the first four commandments as being concerned more directly with the worship of God, and the second set of six being aimed at our responsibilities to our neighbor. With this in mind, when there’s a conflict, we give the first section priority: God comes first. We honor God’s Name over our parents, or the magistrate, if the choice ever comes up. Turretin sees this as flowing from Jesus’ own words when he says our love for mother and father must seem like hate compared to our devotion to him (Lk. 14:26). Or again, moral worship is more important than ceremonial worship because “God desires mercy not sacrifice” (Hos. 6:6).

6. Always Sometimes. Sixth, Turretin tells us that “some precepts are affirmative” (meaning they’re telling us to complete something) and “others negative” (telling us to avoid something), “the former bind always, but not to always, the latter always to always.” What that oddly-phrased principle means is that, even though the positive commands and duties are always in force, you can’t always be currently acting on them. I can’t honor my parents concretely when they’re not around, or give to the poor when I’m driving through a rich neighborhood. That said, I’m always supposed to avoid theft, murder, and so forth. The only command he makes an exception for is Loving God–you can do that wherever and whenever.

7. Above All, Love. Seventh, and finally, Turretin says “the beginning and end of all the precepts is love.” This is his lengthiest and most comprehensive rule. Love is the “end” and the “fulfilling” of the law (1 Tim. 1:5; Rom. 13:10).

By identifying the two greatest commands, Jesus shows us that love has a “two-fold” object, both God and humanity. As we already saw, the love of God comes first because God must always come first, from which flows the love of humanity. But what do those two commands imply? Why is the first, the “greatest command”, and how is the command to love our neighbor “like it”?

Well, the first is the “greatest command” for three reasons:

So end Turretin’s rules for reading, interpreting, and teaching the 10 Commandments. He goes on, of course, to give four more rules for how to properly obey the commands, but that might be a post for another day.

Before closing, a final observation is in order. Turretin may seem to be repeating the error of the Pharisees in seeming to add laws on top of laws and rules for avoiding the rules. In fact, that’s precisely what he’s trying to avoid in many cases. Not only does he have a section devoted to arguing against addition commands, if you see what he’s doing, in most of these sections he’s simply trying to apply Jesus’ principles to the reading of the Law. For Turretin, Jesus gives us the truest, deepest meaning of the laws God gave. He restores the laws from their false, burdensome interpretations, and reminds us of their deep rooting in the benevolence of God, who gave wise laws to his people in order to lead them down the path of life.

Why should we, as disciples, not learn from our Master? That’s what Turretin did and it’s what he invites us to do.