One Simple Meaning, Multiple Meanings, Or One Complex Meaning? A Little Typology 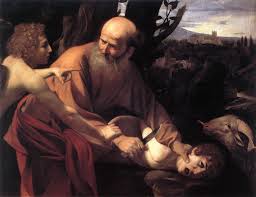 Monday we looked at Turretin’s argument for the continuing doctrinal authority of the Old Testament for Christians. Many of his answers depended on the idea that the Old Testament contains by way of prophecy, type, and shadow, the same substance as the New Testament. Today I want to look at a section in related question that may shed some light on Turretin’s understanding of prophecy, types, and shadows.

In question 19 he takes up the issue of whether or not Scripture has more than one meaning. Or rather, whether the classic fourfold meaning–literal, allegorical, anagogical, and tropological–was admissable. For those unfamiliar with the distinction, Turretin explains:

In order that the Roman Catholics may force upon us another, visible, judge of controversies-the church and the pope-besides the Scripture and the Holy Spirit speaking in it, they invent a multiple meaning in Scripture, and from this conclude that the meaning is doubtful and ambiguous. So they distinguish between literal and mystical meaning, and further divide the mystical into three parts: allegorical, tropological, and anagogical. They call it allegorical when the sacred history is applied to doctrines of the faith, like what is said in Galatians 4:22 concerning the two covenants or Sarah and Hagar; anagogical when the words of Scripture are applied to events of future ages, like what is said in Hebrews 4:3 concerning rest; tropological when applied to conduct. All this is expressed in the familiar jingle:

Facts the letter teaches; what you’ll believe, the allegory;
What you’ll do, the moral meaning; and where you’re bound, the anagogy.

Now, whether that’s an accurate take on Roman Catholic usage, I’ll leave it for others to decide, but it gives you an idea of what he’s worried about. Turretin goes on to explain that the Reformed hold to a single meaning per text. Now, while that may initially sound like a recipe for flat readings, he goes on to explain that this single meaning might be “simple or composite”:

A simple and historical meaning is one which consists of the statement of one fact without any further significance either as commandment or as dogma or as history. This can be one of two kinds, either strict and grammatical or figurative. The strict meaning depends on the exact words; the trope on the figurative language. A composite or mixed meaning is found in oracles containing typology, part of which [oracle] is type and part antitype. This does not constitute two meanings, but two parts of one and the same meaning intended by the Holy Spirit, who covered the mystery with literal meaning.

So the literal meaning is the only meaning, but that does not rule out that the Holy Spirit may have intended that same single meaning to have layers and dimensions to it. What’s more, the “literal” meaning does not mean a literalistic, or idiot-literal meaning. The literal meaning can comprehend metaphors, figures of speech, differing genres, etc. Indeed he quotes Aquinas and Salmeron here:

“literal meaning” describes not only that which is based on the strict, not figurative, meaning of the words, by which it is distinguished from “figurative meaning,” as was often done by the Fathers, but it also describes the meaning intended by the Holy Spirit and expressed either strictly or in figurative language; thus Thomas [Aquinas] defines the literal meaning as “what the Holy Spirit or author intends,” and Salmeron “what the Holy Spirit, the author of Scripture, wishes primarily to say, whether by the strict meaning of the language or by tropes and metaphors” (1.7)

His intention is to rule out the sort of exegesis that appealed to the “mystical” meaning that included allegories that were not governed by the literal meaning. Allegorical meanings hidden underneath the literal meanings, to be revealed by the discerning or authorized teachers made it easier to twist texts to fit doctrines, rather than norm doctrines by texts:

The mystical meaning may be either sacred or ecclesiastical. The sacred is that which the Holy Spirit sets forth through the Holy Scriptures, and which is therefore based on Scripture itself. Of this sort are John 3:13[14], concerning the bronze serpent; I Corinthians 10:1 – 4, concerning the baptism of the cloud and the sea, and the Israelites’ spiritual food and drink; Galatians 4:22, concerning the allegory of Abraham’s two wives; and I Peter 3:[20 – ]21, concerning the ark and baptism. The ecclesiastical is that which is developed by ecclesiastical writers, either for the sake of illustration, or of embellishment, which Philo Judaeus first attempted, in two books of allegories. Many of the Fathers followed him, especially Origen, who used this form of interpretation more than any other, so that he often fell into extremes, for which reason Jerome, in his letter to Avitus and Amabilis, rightly rebuked him: “Origen thinks that the brilliance of his mind is a sacrament of the church.” In the latter sense, although it can be used for illustration, [the mystical meaning] has no force for proving [doctrine], because it is a human interpretation, not divine [teaching], which can suggest probabilities but not convince (probabiliter suadere, sed non persuadere). But the former sense has the force of proof in the teachings of the faith, because it has the Holy Spirit as author and hence is part of his intention. Therefore what is said popularly, that theology is symbolic but not scientifically demonstrative (argumentivus), is true only of allegories and of parables that are of human, not divine, origin.

It is not a question whether there is only one idea (conceptus) in the meaning of Scripture; we grant that the one meaning often yields several ideas, but they are mutually dependent, especially in the composite sense composed of type and antitype. The question is whether there are in the same pericope (locus) different meanings not dependent upon each other, as is the opinion of Azorius (Institutio moralis 1.82), Thomas (1.1.10), Lyra, Gretserus, Becanus, Salmeron, Bellarmine, and others.

Even more, Scripture having a single meaning does not mean that it cannot be applied in several ways, whether at one time for apologetics, others instruction, and still others for comfort. Scripture might have one meaning, but its significance in application can be varied.

So the allegorical, anagogical, and tropological are not different meanings, but applications of the single literal meaning; allegory and anagogy apply to instruction, and tropology applies to discipline.

So how does all of this cash out with respect to typology? What does this look like in Turretin’s mind? Well, in a stunning passage, Turretin gives us a crash-course in exegetically- and contextually-sensitive typological exegesis.

Since Scripture, which contains much more than words, is very rich in meaning, it is not absurd to say that the Holy Spirit wanted to give many teachings to us in the same word, but [always] one subordinated to the other so that one is the sign and figure of the other, or that they have some connection and dependency. Thus the promise given Abraham concerning his descendants refers both to Isaac as type and to Christ as antitype (Gal. 3:16). The oracle forbidding the breaking of the bones of the lamb (Exod.12[:46]) refers both to the paschal lamb as a figure and to Christ in mystery (John 19[:36]). The promise given David, “I will be a father to him” (II Sam. 7[:14]), refers both to Solomon and to Christ (Heb. 1[:5]). The prediction in Psalm 16[:10] that the holy one will not see corruption applies both to David, although incompletely, and to Christ, completely (Acts 2:29 – 30). There are any number of such texts in Scripture, which have various aspects (sceceis) which must be held together in order to have the full meaning of the oracle, and they are fulfilled not all at once, but in stages over a period of time. Thus many of the ancient oracles had three aspects: for the dispensation (status) of the law in the Jewish church, for the dispensation of grace in the Christian church, and for the dispensation of glory in heaven. Thus Isaiah 9:1, about the people who walked in darkness and saw a great light, has three stages of fulfillment: the liberation from Babylon, the proclamation of the gospel (Matt. 4:[14 -16]), and the final resurrection, through which those who were living in the valley of the shadow of death will see the great light of the glory of God. Likewise in Ezekiel 37, it can be observed concerning the dry bones that the oracle had already been fulfilled when the people went out from their most bitter captivity in Babylon as from the tomb (v. 12), it is being fulfilled today in the spiritual resurrection (Eph. 5:14), and it will be perfectly fulfilled in the final resurrection (John 5:25).

Here we see Turretin’s approach to typology on full display. In each case, he has a clear view of the multiple layers of meaning within the single “literal” meaning. The mystical, or typological significance is married to and dependent on the initial, contextually-defined, historical base. All the same, it rich, textured and sensitive to the Christological and redemptive-historical import of each text. Reading through a passage like this, we see a couple things worth highlighting.

Paying careful attention to the structure of types and shadows helps demonstrate the clear unity of Scripture from Old to New Testament. Yes, the Bible is 66 books and thousands of micro-stories and texts, but it is one grand drama authored by the Lord of History, recorded under the inspiration of the Spirit.

Second, once again, a “literal” reading of Scripture according to the Reformers and the tradition that followed them did not mean “flat”, rough, or literalistic. This is not mere proof-texting that runs rough-shod over context. Reformed scholastics like Turretin were actually sophisticated and careful exegetes. Systematic theologians can be responsible interpreters of the text no matter the style of theological argumentation they engage in.

May we learn to walk in their footsteps.

7 thoughts on “One Simple Meaning, Multiple Meanings, Or One Complex Meaning? A Little Typology”