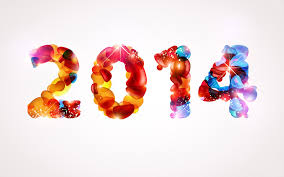 This was a big year for me in terms of writing. Or, at least it felt that way. Though I slowed down a bit this fall, I still think I had an overall average of about three pieces per week, most of the time pushing into the four- or five-per-week range. While most of this was for my own personal blog, a fair amount went to other sites. What I’d like to do here is simply list out my top articles of the year on my own site, the articles I think did best on others, as well as some of my own favorite to write. Sound good? Alright. (In any case, it wouldn’t matter because this is my blog and I’m going to do it anyways.)

Far and away my most popular post of the year was a quick one I wrote for TGC:

“Dating Advice You Actually Need.” At last count, it had been shared something like 19,000 times and my editor told me it passed 100,000 views a little bit ago. I tell you, it’s always the marriage and dating ones.

Top Posts on My Blog. These were the most popular things published on my blog.

1. “23 Things To Do Instead of Getting Engaged Before You’re 23” and Other Myths. This was response to that viral piece that went around earlier this year. Again, it took almost no time to write, but it was about dating and relationships, so it spread quickly.

2. A Few Words About Driscoll, William Wallace II, and Advice For Young Pastors. I wrote this after a couple of the Driscoll scandals, but before some of the later stuff came out and the implosion.

3. If Jesus is the Word of God, Can We Call the Bible the Word of God? This was a fun piece responding to a very annoying charge made against evangelical views of Scripture. I also found the creepiest image for it.

4. A Few Follow-Up Thoughts on Sneering Calvinists. I wrote a piece for TGC which will be linked below, and then I had to write this clarifying follow-up.

5. The Beauty of the Cross: 19 Objections and Answers to Penal Substitutionary Atonement. This is easily my favorite article of the year. It’s not really an article, but more of an essay. It’s probably the longest thing I’ve written since grad school and I love it.

Top Posts Elsewhere. These were the pieces I think were most popular written not on my blog. Also, my guesses here are just that: guesses. So the ranking does not matter.

1. Recovering an Engaging Doctrine of God. This was definitely not a top post in terms of page-views, but it’s probably the finest thing I’ve written all year. I kind of love this piece. It’s at the heart of what I care about most.

3. Sneering Calvinists. Lest it be said I merely troll the other side, this was a piece telling my Reformed brothers and sisters to calm down with their sneering and engage others with grace.

4. Should Evangelicals Care About Gungor’s Doubts? Michael Gungor said some things about doubt and faith and people reported on it. It was a controversy.

5. The Danger of ‘What This Really Means”. I don’t know if this is actually one of my most popular, but I think it was important on the danger interpretive suspicion in our current debates.

6.  Making the Case For Make-up: In Which Calvin Defends Lip-Gloss. Can’t be explained. Only read.

Random Favorites. And here are a few randoms I enjoyed writing that were also fairly popular.

A (Very) Brief, Gospel-Centered Defense Against the Problem of Evil

‘Plain Readings’ of Scripture, Job, and Other Assorted Thoughts on the #CalvinismDebate

Love, Hate, and A Counter-Intuitive God

Abraham, Cultural Distance, and Offering Up Our Moral Conscience

A Crash-Course in Revelation (Or, Reformedish Thoughts on Scripture According to Westminster)

Alright, that’s about it for now. Thanks for reading and making it a fun year, folks!