Naming the “New Calvinism” And What Counts As One? 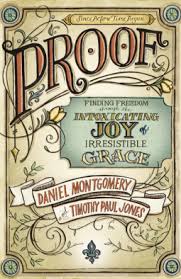 Over the last few months there’s been an uptick in online conversation about what to call the movement associated with organizations like The Gospel Coalition, Together for the Gospel, readers of John Piper, and so forth. Actually, ironically enough, it’s mostly the critics who need a name–most people in the movement don’t really care. Still, some would call them New Calvinists, or Neo-Calvinists, or Neo-Puritans, or for those with sharper knives, even Neo-Fundamentalists. For my money, the best entry into the discussion comes via Dr. Timothy Paul Jones who argues for some sort of “Neo-Reformed” moniker.

After a lively historical intro, tracing why the other terms are all inadequate, Jones says we’d probably have to name it “Neo-Dortianism” since what we’re seeing is a the disembedding of the theology of salvation articulated at the Synod of Dordt (held in response to the Arminian Remonstrants), from its original Reformed home. Still, since that probably won’t get much traction, Neo-Reformed will do:

That said, it seems to me that the most accurate descriptor would be “Dortianism” or, if some prefix must be affixed to denote the distinct contours of the current movement, “neo-Dortianism” (see chart below for this taxonomy). Unfortunately, I don’t expect “Dortianism” to blossom into anyone’s preferred terminology anytime soon.* The events at Dort are too obscure and the term itself sounds too distasteful to end up emblazoned on anyone’s book cover. (Do you really think that Young, Restless, Dortian would have attracted anywhere near the number of readers that Young, Restless, Reformed did?) And so, of the options that are intelligible beyond a handful of theologians and church historians, “neo-Reformed”—though not without its difficulties—probably remains the least problematic nomenclature in an ever-multiplying pool of possibilities. And perhaps part of what the less-than-ideal “neo-” prefix could connote is the spread of Reformed soteriology not only within but also beyond the historic Presbyterian and Reformed churches.

This movement is best seen, though, as one minuscule current in a much broader stream that may be traced back into church history through an early seventeenth-century gathering of pastors in the Dutch city of Dort. Seeing the Reformed resurgence in this way turns our attention away from the latest parachurch conferences and star preachers and toward a far more vast and variegated history filled with events none of us could have planned and progenitors we would never have chosen. Recalling this crazy history in which the Remonstrants shaped the Reformed and “Calvinism” somehow leaped from caconym to compliment keeps us from slipping into smug self-satisfaction with passing illusions of success. It calls us to remember that we are nothing more than a few grains of sand in a majestic divine plan that’s far greater than any of us but that somehow by grace includes us. It calls us to bow in worship as we remember anew that we serve a God who is inscribing on everyone who rests in him—not only the Reformed but also the partly Reformed, the non-Reformed, the anti-Reformed, and a multi-hued multitude that’s never heard of the Reformation—the only name that ultimately matters: his own name and the name of his crucified Son (Revelation 22:4). “For what do you have that you didn’t receive as a gift? And if everything you have was given to you, why brag as if it wasn’t a gift?” (1 Corinthians 4:7).

After that edifying ending, I’m sure you’ll want to read the whole thing here.

There is one question I have, though, and that’s “What counts as a Neo-Reformed type?”

I ask mostly because I’ve never really considered myself having come fully into the “neo-Reformed” or “New Calvinist” paradigm in the usual way. I mean, for me it was “Reformedish” by way Plantinga, Calvin, Vanhoozer, and some Keller, rather than Piper and so forth. (Nothing against Piper.) What I mean is that I was far more drawn in by Calvin’s view of the Supper, union with Christ, and so forth before providence, and only more recently have I been reconciling myself to more classic soteriology. Still, I write for TGC and have a twitter account, so I guess that makes me part of it?  Is it that I’m under 40, male, enjoyer of hoppy beverages, and bearded? (Conditions which all obtained before I considered myself Reformed, thank you every much.)

I guess I still don’t know exactly what makes you neo-Reformed as opposed to simply being new at being Reformed.

Feel free to read the article and then weigh in below!

10 thoughts on “Naming the “New Calvinism” And What Counts As One?”