The Doctrine Without Which Holy Week Is Not Good News 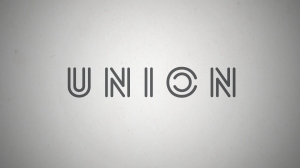 During Holy Week, especially the tail-end of Good Friday and Resurrection Sunday, we celebrate the climax of the saving events of the Gospel. In this week we see all of Jesus’ work summed up. We see Jesus proclaiming and living out the Kingdom in perfect obedience to the Father. We see Jesus lifted up on the cross, bearing the sins of the people, exposing the darkness of satan, and exhausting the curse in his death. We see Jesus, risen to new life again, bringing about the New Age in his own resurrected person.

And yet, the reality is, none of these saving events are of any use if the doctrine of union with Christ is not true. Calvin explains:

First, we must understand that as long as Christ remains outside of us, and we are separated from him, all that he has suffered and done for the salvation of the human race remains useless and of no value for us. Therefore, to share with us what he has received from the Father, he had to become ours and to dwell within us. For this reason, he is called “our Head” [Ephesians 4:15], and “the first-born among many brethren” [Romans 8:29]. We also, in turn, are said to be “engrafted into him” [Romans 11:17], and to “put on Christ” [Galatians 3:27]; for, as I have said, all that he possesses is nothing to us until we grow into one body with him. It is true that we obtain this by faith. Yet since we see that not all indiscriminately embrace that communion with Christ which is offered through the gospel, reason itself teaches us to climb higher and to examine into the secret energy of the Spirit, by which we come to enjoy Christ and all his benefits. –Institutes, 3.1.1

Unless I am united to Christ, all of his obedience to the covenant, or righteousness, is not mine–I am left to stand on my own false works before the judge of all the earth. Unless I am united with Christ, then his sin-bearing death is not mine, and I am left to give an account for all my wicked sins. Unless I am united with Christ, I am not part of the crop of which Christ is the first-fruits, and I can only reap the death that  sin leads to and have no life through the Spirit. I’ll quote Robert Letham again at length on the logic of union and salvation:

If, because of one man’s trespass, death reigned through that one man, much more will those who receive the abundance of grace and the free gift of righteousness reign in life through the one man Jesus Christ. (Rom. 5:17 ESV)

Here Paul reflects on his previous statement of the one way of salvation from sin by the propitiatory death of Christ, which avails for all who believe (Rom. 3:21ff). Justification is received only by faith and is grounded in what Christ did once for all in his death and resurrection (4:25).  Paul’s point is that we are not addressed merely as discrete individuals; instead, we are a team of which we all were members. His sin plunged the whole team into sin, ruin, death, and condemnation. What Christ did for us was also done as the head of a team of which we are a part. He did it on our behalf, for us–and God reckons it to our account as a result of our being united, through faith, with him as the head of the team. Our justification is therefore grounded on union with Christ.

In Romans 6:1ff, in answer to charges that his gospel encourages moral indifference, Paul insists that believers, the justified, live to Christ and do not give themselves over to sin.  This is because they died with Christ to sin and rose again to new life in his resurrection. Not only did Christ die and rise again for them, but they died and rose with him. Union with Christ is the foundational basis for sanctification and the dynamic force that empowers it. As Paul says, “Do you not know that as many were baptized into Christ Jesus were baptized into his death; we were buried with him through baptism into death, so that as Christ was raised from the dead through the glory of the Father so we too should live in newness of life” (6:3-4).

This Holy Week, then, as we contemplate Jesus’ works accomplished on our behalf outside of us, let us glory in the union that makes them ours by faith.