A Silly Little Dialogue on Morality, And Keller on the Public Square 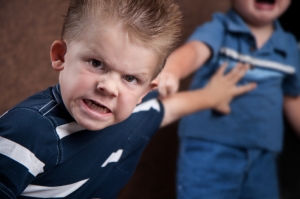 Digging through some old files, I found my first attempt at a moral dialogue from back in my college days. It’s a bit silly and incomplete, but I felt like sharing it:

“I want to be a dictator when I grow up”, said little Jimmy.

“What are you talking about?”, inquired Sara with a confused look.

“I want to be a dictator when I grow up,” repeated Jimmy. “That way I can do whatever I want and no-one can tell me what to do.”

“You can’t do anything you want. There are still rules you have to follow, stupid,” replied Sara, this time a little annoyed. “Nobody can do whatever they want.”

“Yes, you can. If you’re a dictator then you make up the rules and you can do whatever you want. Nobody can tell you what to do and you’re never wrong because all you have to do is say you’re right and you are.” Jimmy said this and then crossed his little arms with a smug expression of victory on his face.

“That’s not true!”, exclaimed Sara furiously. “You’re not right just because you say so. You might be able to push people around but you’re not always right.”

“No, well, well, what if God says you’re wrong? Huh? What would you do about that?”, questioned Sara. “You’re not bigger than God. You can’t tell Him what to do. He makes up the rules, not you.” This time Sara crossed her arms in satisfaction.

“God doesn’t exist. That’s what my teacher said at least.”

“Yes He does! How do you think we got here stupid?!”

“Evolution,” replied Jimmy evenly. “Evolution tells us how we got here without God.”

“Well, what do you mean? If there is no God to say what right and wrong is, then there’s nothing besides what’s in our heads, some instincts, or what we feel, to base our rules of right and wrong. If you disagree with me, my opinion is just as good as yours and if I’m strong enough then it’s better than yours.”

Actually the whole thing reminds me of a passage from Tim Keller’s The Reason for God. And since you’ve been kind enough to read thus far, you deserved the reward of encountering something intelligent, so I’ll quote it here. He’s talking about the possibility of having a religiously “neutral” conversation about morality in the public square:

Statements that seem to be common sense to the speakers are nonetheless often profoundly religious in nature. Imagine that Ms. A argues that all the safety nets for the poor should be removed, in the name of “survival of the fittest.” Ms. B might respond, “The poor have the right to a decent standard of living— they are human beings like the rest of us!” Ms. A could then come back with the fact that many bioethicists today think the concept of “human” is artificial and impossible to define. She might continue that there is no possibility of treating all living organisms as ends rather than means and that some always have to die that others may live. That is simply the way nature works. If Ms. B counters with a pragmatic argument, that we should help the poor simply because it makes society work better, Ms. A could come up with many similar pragmatic arguments about why letting some of the poor just die would be even more efficient. Now Ms. B would be getting angry. She would respond heatedly that starving the poor is simply unethical, but Ms. A could retort, “Who says ethics must be the same for everyone?” Ms. B would finally exclaim: “I wouldn’t want to live in a society like the one you are describing!”

In this interchange Ms. B has tried to follow John Rawls and find universally accessible, “neutral and objective” arguments that would convince everyone that we must not starve the poor. She has failed because there are none. In the end Ms. B affirms the equality and dignity of human individuals simply because she believes it is true and right. She takes as an article of faith that people are more valuable than rocks or trees— though she can’t prove such a belief scientifically. Her public policy proposals are ultimately based on a religious stance.

Of course, both of these dialogues are short and rough, but I think they’re enough to show that trying to craft a morality without God isn’t as straightforward as all that, nor is crafting an ideologically neutral public square.

One thought on “A Silly Little Dialogue on Morality, And Keller on the Public Square”