N.T. Wright, Empire, and the Advent Hope of Eschatology 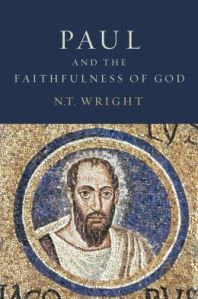 “The times of ignorance God overlooked, but now he commands all people everywhere to repent, because he has fixed a day on which he will judge the world in righteousness by a man whom he has appointed; and of this he has given assurance to all by raising him from the dead.” -Acts 17:30-31

While it’s become something of a truism in the last few years to note that much New Testament christology has an anti-imperial tone to it (as Wright puts it, the basic confession of the faith “Jesus is Lord”, means “Caesar is not”), what often goes unmentioned by many is the threat to Empire posed by its eschatology. N.T. Wright explains how this works:

…in particular, the developing discourse of imperial cult in Asia constantly stressed the fact that the Roman empire, once launched, was going to continue, and to bring its great blessings to the world, for ever. ‘The discourse of imperial cults was committed to preventing the imagination from imagining the end of the world.’ No, declared Paul: God has fixed a day on which he will have the world brought to justice.

That was, of course, an essentially Jewish view. The Jewish objections to the entire Roman view of the gods was not simply about monotheism (though that was of course the basis of he standard critique of idolatry), nor even about election (their belief that they, rather than the Romans or anybody else, were the chosen people of the one true God.) It was about eschatology: about their belief that the one God had determined on a divine justice that would be done, and would be seen to be done, in a way that Roman imperial justice somehow never quite managed. Rome’s claim to have brought the world into a new age of justice and peace flew, on eagle’s wings, in the face of the ancient Jewish belief that these things would finally be brought to birth through the establishment of a new kingdom, the one spoken of in the Psalms, in Isaiah, in Daniel. Thus, though their resistance to empire drew on the ancient critique of idolatry, the sense that Israel’s God would overthrow the pagan rule and establish his own proper kingdom in its place led the Jewish people to articulate their resistance in terms of eschatology. Sooner or later, the eagle would meet its match.

Rome might claim finality and ultimacy for its ‘peace’ and ‘justice’, but there is a greater judgment coming. Part of the political hope of early Christian eschatology is that no empire, or authority that sets itself up against the Lordship of Christ can last. There is one Lord who will judge and reign in righteousness, who will bring about the true Golden Age, and he doesn’t brook rivals forever.

As we celebrate the first week of Advent it’s important to remember this is not just hope for 1st Century Christians. Modern Tyrants still recognize a threat when they see one. When I was in college I took a class on Christianity and China and learned about some of the differences between the house churches and the government-approved Three-Self churches. One of the most surprising was their teaching on the end-times. In his work Jesus in Beijing David Aikman says while most are basically orthodox theologically, it is “unlikely a worshiper in a Three Self Church will ever hear a sermon the Second Coming of Christ.” Like all other Empires, the communist regime sees the coming consummation of Jesus’ reign as a threat to claims of its own.

One of the best ways to observe Advent this week is to pray for the persecuted church around the world. Lift up our brothers and sisters living in totalitarian or hostile religious environments that they might be protected and liberated. Pray that as they meditate on the First Coming of Jesus looking towards Christmas, they might be strengthened by the Spirit in the sure hope they have in his Second Coming. Pray that even the midst of their struggles they might be able to sing with Psalmist:

Say among the nations, “The Lord reigns!

Yes, the world is established; it shall never be moved;

he will judge the peoples with equity.”

Let the heavens be glad, and let the earth rejoice;

let the sea roar, and all that fills it;

let the field exult, and everything in it!

Then shall all the trees of the forest sing for joy

before the Lord, for he comes,

for he comes to judge the earth.

He will judge the world in righteousness,