Lennon’s “Imagine” – The My Little Pony of Philosophy 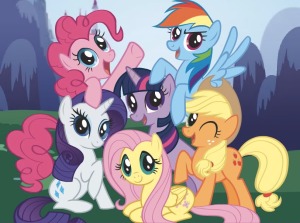 I’ve despised John Lennon’s “Imagine” since the first time I heard it. Beatles fan that I am, it is one of the most vapid, unthinking pieces of marshmallow pop-philosophy I’ve ever heard. I’ve long wanted to rant about it explaining what utter tripe that song is. Thankfully, Francis Spufford did it for me with all the wit, dry humor, and aplomb that only someone from across the pond could muster. In his new defense of the Christian faith Unapologetic: Why Despite Everything, Christianity Can Still Make Emotional Sense (my review is forthcoming at TGC) he levels a devastating critique of the basic lie about humanity that Lennon’s classic tries to sell us:

For a piece of famous fluffiness  that doesn’t just pretend about what real lives can be like, but moves on into one of the world’s least convincing pretenses about what people themselves are like, consider the teased and coiffed nylon monument that is “Imagine”; surely the My Little Pony of philosophical statements. John and Yoko all in white, John at the white piano, John drifting through the white rooms of a white mansion, and all the while the sweet drivel flowing. Imagine there’s not heaven. Imagine there’s no hell. Imagine all the people living in–hello? Excuse me? Take religion out of the picture, and everybody spontaneously starts living life in peace? I don’t know about you, but in my experience peace is not the default state of human beings, any more than having an apartment the size of Joey and Chandler’s is. Peace is not the state of being we return to like water running downhill, whenever there’s nothing external to perturb us.

Peace between people is an achievement, a state of affairs we put together effortfully in the face of competing interests, and primate dominance dynamics, and our evolved tendency to cease our sympathies at the boundaries of our tribe. Peace within people is made difficult to say the least by the way that we tend to have an actual, you know, emotional life going on, rather than an empty space between our ears with a shaft of dusty sunlight in it, and a lone moth flittering round and round. Peace is not the norm; peace is rare, and when we do manage to institutionalize it in a human society, it’s usually because we’ve been intelligently pessimistic about human proclivities, and found a way to work with the grain of them in a system of intense mutual suspicion like the U.S. Constitution, a document that assumes that absolutely everybody will be corrupt and power-hungry given half a chance.

As for the inner version, I’m at at peace all that often, and I doubt you are either. I’m absolutely bloody certain that John Lennon wasn’t. The mouthy Scouse git he was as well as a songwriter of genius, the leatherboy who allegedly kicked his best friend in the head in Hamburg, didn’t go away just because he put on the white suit. What seems to be at work in “Imagine” is the idea–always believed by those who are frightened of themselves–that we’re good underneath, good by nature, and only do bad things because we’ve been forced out of shape by some external force, some malevolent aspect of this worlds power structures. In this case, I suppose, by the education the Christian Brothers were dishing out in 1950s Liverpool, which was strong on kicks and curses and loving descriptions of the tortures of the damned.

It’s a theory that isn’t falsifiable, because there always are power structures there to be blamed when people behave badly. Like the theory that markets left to themselves would produce perfectly just outcomes (when markets never are let to themselves) it’s immune to disproof. But, and let me put this as gently as I can, it doesn’t seem terribly likely. We long to believe it because it’s what we lack. We dream of the peace we haven’t got, and to make ourselves look as if we do have it, we dress ourselves up in the iconography of heaven we just announced we were ditching. White robes, the celestial glare of over-exposed film: “Imagine” looks like one part A Matter of Life and Death to one part Hymns Ancient and Modern. Only sillier.

—Unapologetic: Why Despite Everything, Christianity Can Still Make Surprising Emotional Sense, pp. 10-13

And that’s the deepest tragedy of Lennon’s blind paean to fairy-tale theories of human nature–it’s another attempt to escape the truth that true peace only comes by peace with God through Jesus Christ (Rom 5:1).