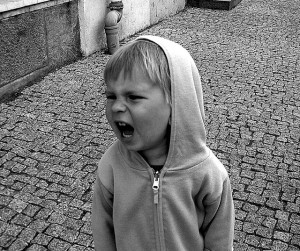 Back in G.W. Bush presidency, someone coined the term “BDS” or “Bush Derangement Syndrome”, in order to refer to that unhinged segment of the punditry who couldn’t mention his name without the words “Nazi” or “anti-Christ.” (Now, for Obama it’s ”Muslim/Socialist” and “anti-Christ.”) I’d like to submit three new terms: PDS, RHEDS, and DDS. John Piper, Rachel Held Evans, and Mark Driscoll Derangement Syndrome. Those three number among a set of high-profile names you can attach to any story and immediately pique the interest of the bizarre, tribalistic, and over-active Evangelical segment of the social media universe. They’re also among the select group of people that we’re beginning to lose our ability to speak to, read, or read about, sanely.

Enraged Illiteracy
I’m not talking about the regular, normal, justified criticism any one of these high-profile teachers and authors deserve. But if you pay much attention to evangelical culture, you know what I’m talking about. So and so tweets out a tweet, and it’s extrapolated into an entire political philosophy, or psychology of parenting, or what-have-you. We have heard so much of their teaching (actual or reported), made our judgments, and now we read every sentence waiting to pounce, publicize, and mobilize the troops in shock and outrage.

Click on Christ and Pop Culture to read the rest of the article.