You Know How Buildings Look Ugly While Under Construction? That’s the Church 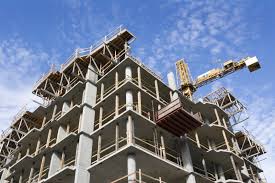 When I was going to UC Irvine, the joke was that ‘UCI’ stood for “Under Construction Indefinitely.” There was always some new building being put up, or some old building being remodeled; our student center was torn down after my first quarter there and completed the quarter after I graduated (figures.) In any case, there were a number of structures that looked horribly ugly when they were being built, had cumbersome scaffolding, and the construction process was loud, noisy, and a public nuisance. You’d walk by and just curl your lip at the eyesore. After a few years of work, though, when they were finally unveiled, the buildings were beautiful.

Dutch Statesment, theology, and all-around genius-type, Abraham Kuyper says that’s how we ought to think of the church on earth:

Finally, if someone asks whether the building known as the visible church would be the completion of the spiritual temple building, such that the visible church on earth should be identified with the kingdom of God, I would counter with this question: does the prolonged tragedy of the church on earth tolerate for a moment the fueling of this delusion?

No, my friends, it is an entirely different bond that binds together church and kingdom of God. I prefer to indicate this for you in terms of an analogy. You know that in our cities we often see a stack of wood on an open lot. Bricks are piled up, joists are brought in, people walk around with measuring tools and plumbs; on that lot a wooden frame is raised, tied together with poles and boards and cross-beams, looking more misshapen than elegant. That scaffolding, as people call it, appears to be constantly rising higher, its dimensions constantly corresponding to the outline of the building. But that wooden frame is not the actual enclosure, that scaffolding lashed together is not the wall of the house. For look, when after many days the cornice is brought in and the gables are anchored in place, then that scaffolding is torn down, that frame is dismantled, and the house that was skillfully constructed out of sight now sparkles in the grandeur of its lines and shimmers in the beauty of its form before the eyes of everyone.

By now you understand what I am saying, my friends! That scaffolding is the church on earth— as she appears at present to the eye: defective and misshapen. It must remain for a time, for who can build without scaffolding? But one day, when the cornice is brought in and the last stone is set, then that scaffolding will be removed, then that church on earth will fall away, and then that glorious temple will shimmer in its eternal beauty— a temple that hitherto had not existed, but that the builders had been building while supported by that Church.

Something to remember when you show up at church this morning, look at the people of God, and think, “Really, this is it? The Kingdom of God on earth looks like these people?” Well, yeah, that’s it…with a lot more work. Thankfully we have the promise of Christ that he will bring that good work unto completion, and that when we see it, we’ll marvel at her glory.

One thought on “You Know How Buildings Look Ugly While Under Construction? That’s the Church”