“Out with Philosophy! Just Preach the Gospel!” Or Something Like That 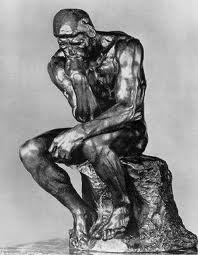 For a long time now Paul’s discourse at the Areopageus in Acts 17:16-31 has been a favorite text of mine. As a philosophy student in college I loved the picture of Paul debating with the philosophers of his day, quoting their poets and philosophers, and engaging the best of their thought in order to clear the way for the proclamation of the Gospel. I’ve long seen it as a model for understanding how to properly contextualize and challenge the thought of the culture while at the same time maintaining a faithful witness to Christ.

It wasn’t until a couple of years ago that I found out about a certain line of interpretation, particularly in some hyper-Reformed circles, that sees this whole engagement as a failure. The idea is that Paul here, instead of engaging in some straightforward Gospel-preaching like he does in other places, makes the mistake of trying to make the Gospel presentable to the philosophers, ends up getting laughed out of court, and from there on resolves to “know nothing but Christ and him crucified.” (1 Cor 2:1-5) Silly Paul, philosophy is for pagans!

Now I’ve always thought this was a forced interpretation. Then again, what do I know? D.A. Carson on the other hand, well, he’s got an actual case for it:

There are good reasons for rejecting this false reading:

Kids, the moral of the story is that Paul isn’t confessing a ministry flub in 1 Corinthians 2, and repenting of his foolish decision to engage with the philosophers in a contextually-specific way. So if you’ve ever thought that it helps to know and be able to discuss the actual thought-processes of your neighbors and peers in order to present the Gospel to them effectively, don’t worry, so did Paul.

7 thoughts on ““Out with Philosophy! Just Preach the Gospel!” Or Something Like That”