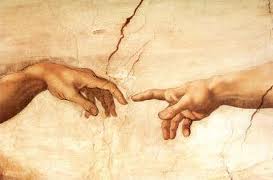 Last night I talked to my college group about the issue of miracles and the laws of nature. One point that came up was that too often Christians have a limited view of God’s creative activity. They think of him in an essentially deistic fashion–that God created the world and then just left it spinning to itself. On that view, miracles become somewhat random interventions of an absent God. No, instead the Bible presents us with a God who not only creates, but sustains the universe in existence, governing it in wisdom and with fatherly compassion.  On this picture, a miracle is not an “intervention” from a distant God, but a sovereign action of a God already intimately involved with maintaining his creation. It was a good discussion–I love my job.

As I thought back on it this morning, it called to mind Calvin’s excellent comments on God’s creation and governance:

Moreover, to make God a momentary Creator, who once for all finished his work, would be cold and barren, and we must differ from profane men especially in that we see the presence of divine power shining as much in the continuing state of the universe as in its inception, For even though the minds of the impious too are compelled by merely looking upon earth and heaven to rise up to the Creator, yet faith has its own peculiar way of assigning the whole credit for Creation to God. To this pertains that saying of the apostle’s to which we have referred before, that only “by faith we understand that the universe was created by the word of God” [Hebrews 11:3]. For unless we pass on to his providence — however we may seem both to comprehend with the mind and to confess with the tongue — we do not yet properly grasp what it means to say: “God is Creator.” Carnal sense, once confronted with the power of God in the very Creation, stops there, and at most weighs and contemplates only the wisdom, power, and goodness of the author in accomplishing such handiwork. (These matters are self-evident, and even force themselves upon the unwilling.) It contemplates, moreover, some general preserving and governing activity, from which the force of motion derives. In short, carnal sense thinks there is an energy divinely bestowed from the beginning, sufficient to sustain all things. But faith ought to penetrate more deeply, namely, having found him Creator of all, forthwith to conclude he is also everlasting Governor and Preserver — not only in that he drives the celestial frame  as well as its several parts by a universal motion, but also in that he sustains, nourishes, and cares for, everything he has made, even to the least sparrow [cf. Matthew 10:29]. Thus David, having briefly stated that the universe was created by God, immediately descends to the uninterrupted course of His providence, “By the word of Jehovah the heavens were made, and all their host by the breath of his mouth” [Psalm 33:6; cf. Psalm 32:6, Vg.]. Soon thereafter he adds, “Jehovah has looked down upon the sons of men” [Psalm 33:13; cf.Psalm 32:13-14, Vg.], and what follows is in the same vein. For although all men do not reason so clearly, yet, because it would not be believable that human affairs are cared for by God unless he were the Maker of the universe, and nobody seriously believes the universe was made by God without being persuaded that he takes care of his works, David not inappropriately leads us in the best order from the one to the other. In general, philosophers teach and human minds conceive that all parts of the universe are quickened by God’s secret inspiration. Yet they do not reach as far as David is carried, bearing with him all the godly, when he says: “These all look to thee, to give them their food in due season; when thou givest to them, they gather it up; when thou openest thy hand, they are filled with good things; when thou hidest thy face, they are dismayed; when thou takest away their breath, they die and return to the earth. If thou sendest forth thy spirit again, they are created, and thou re-newest the face of the earth” [Psalm 104:27- 30 p.]. Indeed, although they subscribe to Paul’s statement that we have our being and move and live in God [Acts 17:28], yet they are far from that earnest feeling of grace which he commends, because they do not at all taste God’s special care, by which alone his fatherly favor is known.

Calvin, and Scripture, remind us that we serve a God who didn’t just create the world and leave it spinning. No, instead we have a God who, with fatherly kindness and great concern, reigns over it with wisdom and power.