Mere Fidelity: Sexual Ethics, Orthodoxy, and A thought on the Nashville Statement 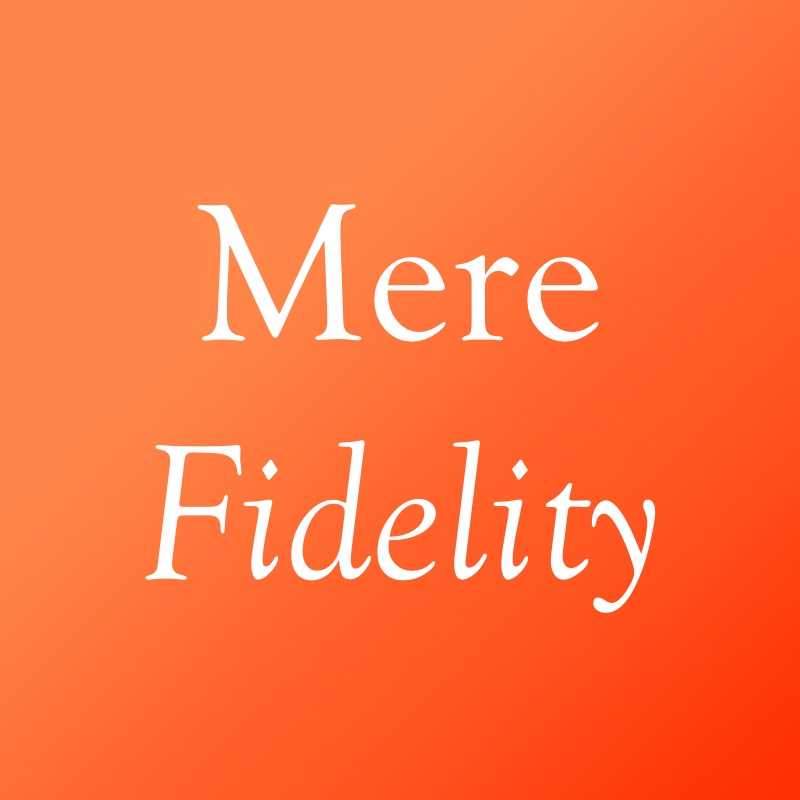 It’s been a few months, but the Mere Fidelity crew (Alastair, Andrew, Matt, and I) is back in the saddle again. For our debut episode, we decided to talk about the Sex Ethics and Orthodoxy conversation that a few of us have been participating in. Is marriage an issue of ‘orthodoxy’, or something less than that? Or is that even the right word for this sort of subject matter?

Well, that was going to be interesting enough, but the day before we record, CMBW decided to release the Nashville Statement. So, we couldn’t just ignore that either. Given that two of us had signed it and two of us haven’t, going into some of the whys and why nots was an enlightening conversation.

I’d like to highlight two articles in that regard. First, this is the article we mention on the show in which Matt Anderson gave his reasons why as a conservative he didn’t sign it. You should read it if only to understand what he means by “what I have written, I have written.”

Following that, here is Alastair’s second follow-up (he wrote two) in which he defends his signing all the while noting the various conservative criticisms of the statement. It’s notable because, up until now, it’s the only written defense of signing it which fully acknowledges the real conservative criticisms of it, without ignoring, waving them off, or simply acting as if we were only dealing with unfair, hysterical progressive criticisms. I won’t say more than that except that in their rush to occupy their office of “defender of the faith against the progressive hordes”, some of the conservative defenses have been less than impressive on that score. 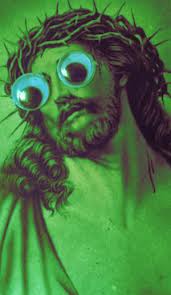 Orthodoxy on the person of Christ isn’t a guarantee of true, biblical fidelity. You can sign off on Nicea and the Chalcedonian definition, publicly denounce the biggie heresies like Docetism (Jesus wasn’t really human) and Ebionitism (Jesus wasn’t really God), and still miss the Jesus of the Gospels. In his very helpful book on spiritual warfare, Clinton Arnold lists 12 versions of Jesus we’re prone to fall for in the “conservative” North American church, which distort our thinking and rob us a full and vital life of discipleship with Jesus Christ:

We need to be on guard against these distortions, any of which will seriously harm our ability to know, love, and follow Jesus.

One more good reason to read your Bible.

The Complex Beauty of the Orthodox Jesus (Or, Why Heresy is too Simple)

My pastor’s sermon this week on Christ reminded me why Ross Douthat’s Bad Religion: How We Became a Nation of Heretics is easily one of the top 5 books I’ve read this year. Amidst the incisive analysis of recent American, religious history and sagacious social commentary he found and quoted one of those passages brimming with spiritual insight into the beauty of the Orthodox faith that Roman Catholics like Douthat seem particularly gifted at expressing. With great paradox and pathos, Douthat lays out the key to understanding the peculiar character of the Christian faith: the perplexing figure of Jesus Christ himself:

Christianity is a paradoxical religion because the Jew of Nazareth is a paradoxical character. No figure in history or fiction contains as many multitudes as the New Testament’s Jesus. He’s a celibate ascetic who enjoys dining with publicans and changing water into wine at weddings. He’s an apocalyptic prophet one moment, a wise ethicist the next. He’s a fierce critic of Jewish religious law who insists that he’s actually fulfilling rather than subverting it. He preaches a reversal of every social hierarchy while deliberately avoiding explicitly political claims. He promises to set parents against children and then disallows divorce; he consorts with prostitutes while denouncing even lustful thoughts. He makes wild claims about his own relationship with God, and perhaps his own divinity, without displaying any of the usual signs of megalomania or madness. He can be egalitarian and hierarchical, gentle and impatient, extraordinarily charitable and extraordinarily judgmental. He sets impossible standards and then forgives the worst of sinners. He blesses the peacemakers and then promises that he’s brought not peace but the sword. He’s superhuman one moment; the next he’s weeping. And of course the accounts of his resurrection only heighten these paradoxes, by introducing a post-crucifixion Jesus who is somehow neither a resuscitated body nor a flitting ghost but something even stranger still–a being at once fleshly and supernatural, recognizable and transfigured, bearing the wounds of the crucifixion even as he passes easily through walls.

The boast of Christian orthodoxy, as codified by the councils of the early Church and expounded in the Creeds, has always been its fidelity to the whole of Jesus. Its dogmas and definitions seek to encompass the seeming contradictions in the gospel narratives rather than evading them. Was he God or was he man? Both, says orthodoxy. Is the kingdom he preached something to be lived out in this world or something to be expected in the next? Both. Did he offer a blueprint for moral conduct or a call to spiritual enlightenment? Both. Did he mean to fulfill Judaism among the Jews, or to convert the Gentile world? Both. Was he the bloodied Man of Sorrows of Mel Gibson; the hippie, lilies of the field Jesus of Godspell; or the wise moralist beloved of Victorian liberals? All of these and more…

He goes on to explain how that paradoxicality gives rise to classic (and modern) heresies–they are sad, misbegotten attempts to handle the tension, usually by subtraction or suppression.

The goal of the great heresies, on the other hand, has often been to extract from the tensions of the gospel narratives a more consistent, stream-lined, and non-contradictory Jesus. For the Marcionites in the second century, this meant a merciful Jesus with no connection to the vengeful Hebrew God; for their rivals the Ebionites, it meant a Jesus whose Judaism required would-be followers to be come observant Jews themselves. For the various apocalyptic sects that have dotted Christian history, this has meant a Jesus whose only real concern was the imminent end-times; for modern  Christians seeking a more secular, this-worldly religion, it’s meant a Jesus who was mainly a moralist and social critic, with no real interest in eschatology.

These simplifications have usually required telling a somewhat different story about Jesus than the one told across the New Testament. Sometimes this retelling has involved thinning out the Christian canon, eliminating tensions by subtracting them. Sometimes it’s been achieved by combining the four gospels into one, smoothing out their seeming contradictions in the process. More often, though, it’s been achieved by straightforwardly rewriting or even inventing crucial portions of the New Testament account, as the Gospel of Judas’ authors did, to make them offer up a smoother, more palatable, and more straightforward theology.

This is why, ultimately, heresies are usually too simple, or rather, simplistic, to be the truth about Jesus. They treat Jesus like a high school kid treats a Charles Dickens novel–they get an abridged version. When it comes to Jesus, though, dealing with the abridged version isn’t good enough. As soon as you start chopping off, or ignoring bits, or harmonizing the tension away, you lose the beauty of the Gospel because you lose Jesus, the complex, comprehensive savior. He is God and man; he saves body and soul; he is loving and just; he is something completely new that can only be understood as fulfillment of all that comes before. Again, as Douthat puts it, “He is all these things and more…”

Take some time this week to read the Gospels and think about the paradoxical Jew of Nazareth, the Lion who appears as the Lamb that was slain, the Jesus you love and the Jesus who makes you uncomfortable–the wisdom of creeds and councils, of the Gospels themselves, was to know that you need him in all of his complex beauty.