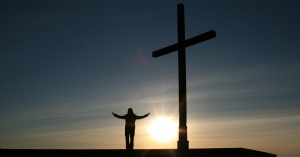 If there’s one thing anybody knows about Calvin’s doctrine of salvation it’s that he taught the doctrine of double-predestination. If people venture beyond that, according to the popular picture of 20th-century theology, Calvin is basically the creative chap who invented penal substitutionary atonement as a variation on Anselm’s theme, and most of his thought was concerned with Christ satisfying the wrath of God. End of story, right?

Contrary to this opinion, Calvin was not a one-trick pony when it came to the expansive work of Christ’s cross. Robert Peterson wrote an excellent book on Calvin’s Doctrine of the Atonement, attempting to exposit the great reformer’s thought in order to display the multi-faceted, biblical character of theology of salvation. In three early chapters, Peterson establishes a foundation that Christ’s work first of all rooted in the free love of God. He didn’t need to be persuaded to care for us, but of his own initiative, God sent the Son to save us. What’s more, it is a work grounded in a solidly soteriological and Chalcedonian doctrine of the incarnation of the Son; the Son became the Godman that he might save sinners. Then, he moves on to show the way that Christ’s atonement accomplished this in his role as the mediator who redeems us in each of his offices of prophet, king, and priest.

Beyond that, Peterson highlights six key biblical themes Calvin used to explain Christ’s work on the cross. While the six are clearly intertwined, nonetheless, they all do specific work in Calvin’s thought. Following Peterson’s framework, I’d like to introduce and highlight selected quotations from Calvin in order to show that he taught a densely woven tapestry bright with the many threads of our redemption.

You can read the rest here at The Gospel Coalition.