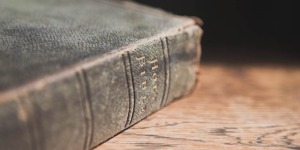 Thinking about preaching while reading the prophets is a sobering thing. Whether it’s Isaiah’s commission to preach to a deaf and blind people, or Jeremiah’s call to go preach without fear to those who threaten his life and reject his message, the prophets don’t exactly make good promo material for aspiring seminarians.  (“Preaching God’s Word–Learn how to do it without getting killed.”) Nevertheless they are essential reading for anyone trying to engage in ministry within the church, especially the ministry of the Word. I was reminded of this again this week as I came to Ezekiel in my devotional.

Ezekiel’s Assignment and Ours

In Ezekiel 2-3, Ezekiel receives his commission to preach to the wicked, rebellious house of Israel in a vision. The basic call was to persevere in preaching the word of the Lord no matter what because through him God will make them know that “a prophet has been among them.” (2:5) This seems tough, but encouraging right? I mean, he is told that it will be evident that Ezekiel is God’s anointed prophet. God will be with him powerfully. That’s gotta be good?

Eh, not so much. There’s more.

See, while promising to be with him, God also makes it clear he’s not going to be greeted with a lot of success. He is going to be rejected. His message will fall on rebellious ears and stubborn hearts. He says that he’s sending him to a people who are so stubborn that, even though the message is not hard to understand, and the language is not a barrier, even so, they will reject it because they continually reject God. (3:6) Yet still, God calls him to be a “watchman” over the house of Israel (3:17), preaching a warning to God’s people so that they might turn, repent, and not come under judgment. Knowing that the people will rebel, knowing that they will reject him, knowing the difficulty he is still to preach the word of the Lord.

How are we to preach under conditions like this? What drives faithfulness in situations like this? How do we bear up under the pressure? Most of us don’t think about this going in. I mean, we might “know” it’s going to be hard. We might “know” that if we faithfully preach the word, not all that we say is going to be received well. Nevertheless, coming face to face with recalcitrant members of the body, people who won’t repent, members you’re intimidated to speak honestly to for fear of causing them to leave, can catch some of us off guard and make us lose our nerve. Even with the Spirit of God indwelling the hearts of believers, nobody likes being told to repent. The house of Israel can still be a rebellious people this side of the Cross.

You can read the rest of the post over at For the Church.