When Was the Last Time You Talked Baseball With Your Enemies? 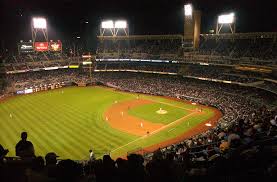 I’m not a communications expert, but it’s a subject I think about a lot. I preach (almost) every week, blog here, tweet, Facebook, meet with students, and do all the regular sorts of communicating most humans do (because I am a human too). One of the dimensions of communication I’ve wrestled with most is how to talk to people you don’t agree with, maybe dislike or even consider an ideological enemy. It’s also one of the things we Christians seem to be particularly bad at in our internet age. I don’t need to describe this in detail. We’ve all see one too many Facebook updates blow up into a rehash of the Schisms and the Crusades to doubt that this is a problem.

While there are a number of reasons this should not be so, one of the important is Jesus’ command to love our enemies, bless those who curse us, and pray for those with whom we are opposed. If we can’t do that with people with whom we share the household of God, how are we supposed to do that with those outside of it?

So, how can we love, honor, and treat with Christian dignity those with whom we disagree? How can we love someone all the while contending for a truth that is of significant moral and personal interest when they are forcibly set against you?

Sometimes I wonder if we hear this standard and are struck with this overwhelming challenge to love in its most difficult, highest form, come to the summit of the mountain, and stop because it seems all too impossible. But what if there was a simpler first step? What if we could begin with something as simple as small talk?

For instance, when was the last time you chatted baseball with your atheist cousin? Or Christopher Nolan films with your friend who watches Fox News (or MSNBC)? Or how about favorite Mexican foods with that blogger who always seems to pick the wrong opinion on every theological issue?

I’m not just throwing out a bit of silly advice here. I mean this seriously. I’m not a communications expert, but one of the most interesting tidbits I picked up from Timothy Muehlhoff’s book I Beg to Differ: Navigating Difficult Conversations with Truth and Love was the distinction between “phatic” and “emphatic” speech (pp. 45-46).

Muehlhoff draws on the work of anthropologist Bronislaw Malinowski who discovered the importance of “phatic” communication for healthy relationships. Most of the conversations we have about difficult issues are “emphatic.” But that’s not most of the conversations we have with friends and family. Phatic speech is all those small interactions talking about daily routines, shared interests–small talk, basically. Healthy relationships need a significant amount of conversations dealing with the weather, sports, the price of tires, favorite sandwiches and TV shows.

Think of it this way: every relationship we have has a sort of emotional temperature to it. If you only ever talk to someone in order to argue–engage in emphatic speech–the emotional temperature is always cranked up, so every conversation only gets more heated. Too many of those in a row and things are likely to blow. Phatic speech about shared interests, innocuous cultural items, and so forth, lowers the conversation temperature so that it is less like to reach that boiling point where you finally throw up your hands and say, “That’s it! I can’t talk to this person anymore!”

I have seen this in my own life. I have found myself in a number of conversations and even friendships with people on very different sides of the theological spectrum over the years. I’ve noticed that I always make more headway–or at least less damage–when it’s someone that I have managed to find common interests, jokes, and so forth. I’ve also noticed that when one of these relationships gets strained, I can usually look back at the last few weeks and realize that all of our interactions have been in the “emphatic” mode. In that sense, willingness to trade a joke or two on Twitter can go a long way in forwarding communication between opposed camps.

I think also of one discussion group that manages to be a decent space for discussion of difficult issues: Christ and Pop Culture’s Member’s Group. (For those who don’t know what that is, Christ and Pop Culture offers a paid membership and one of the many privileges is being part of a private Facebook group to chat about issues with writers and other members.) What’s funny about the group is that discussions range from Sufjan Stevens’ last album to the latest Evangelical cultural blow-up to RFRA and things manage to stay pretty loving. I mean, people disagree plenty, but there’s such an interesting mix of phatic and emphatic speech in the group that the conversational temperature says pretty healthy and constructive. That, and the fact that when things get heated, Alan Noble swoops in with a Kermit GIF to defuse the tension.

Why is this sort of small talk so important? Well, on top of the emotional temperature, the mix of phatic and emphatic speech in our relationships reminds us of our shared, common humanity in concrete ways. It’s not just that your “enemy” is a Democrat, or a Fox News Watcher, or a Progressive, or a Calvinist, or whatever. They’re also the person who agrees that Batman is smart enough to beat Superman and both of you have kids who, for some reason, can’t manage to eat anything that’s not a peanut butter sandwich. This is not just the “marriage revisionist”, but someone else who was also suffering last Tuesday when the dry weather was killing your sinuses.

When you know this, it changes the character of the big, real issues that stand between you. It’s not that they go away or become any less important. It’s that it is harder to reduce the person to the issue on which you are ideologically divided. It’s harder to put them in an entire different category of humanity (or non-humanity), beyond the realm of possible persuasion and hope. This, I think, maybe a communication theory spin on remembering the basic theological realities of common grace and the Image of God. I’ve written about this before, but it’s one of the reasons Chesterton was so good at staying in healthy relationships with his foe/friends like Shaw–he knew they were more than their ideas.

So, do I think that talking baseball with my ideological opponents will heal all the wounds of the Church in an internet age? No. That sort of thing can only be accomplished by the Spirit of God, supernaturally working his Word into our souls. Still, it might be one small step towards following Paul’s admonition, “If possible, so far as it depends on you, live peaceably with all” (Romans 12:18).

Sometimes the attempt to live peacably includes chatting with your opponent about Opening Day.

3 thoughts on “When Was the Last Time You Talked Baseball With Your Enemies?”